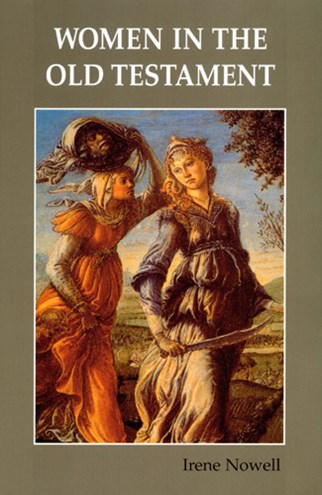 Women in the Old Testament

The women in the Old Testament, too long invisible, have rich stories that are vital to the on-going revelation of God's relationship with a covenant people. Women in the Old Testament introduces readers to some biblical women. Here, readers meet mothers and wives, queens and slaves, prophets and warriors, powerful women and victims; women whose stories offer us courage and insight.

In Women in the Old Testament Sister Irene explores not only the lives of such well-known women as Sarah, Deborah, Ruth, Eve, and Naomi, but also those of lesser-known women such as Michal, Tamar, and Jezebel. Each of these women has unique characteristics; each of their stories is food for our imaginations. In addition, Sister Nowell looks at those Bible stories that tell us what it means to be a woman created in the image of God and that portray God in the image of a woman.

Biblical stories help us imagine the relationship of God with human beings, and they give us words to describe our own relationship with God. This introduction to the lives of biblical women encourages readersin adult study groups and those who are interested in the many women in the Old Testamentto search for more accounts of biblical women and also to find the narrative of faith reflected in the stories of their own lives.

Sister Irene begins each chapter with suggestions for readings and includes biblical excerpts.

Irene Nowell, OSB, is the director of community formation for the Benedictine sisters of Mount St. Scholastica in Atchison, Kansas. She is an experienced college and adult education teacher of Scripture and a workshop and retreat presenter. She is the author of Sing a New Song: The Psalms in the Sunday Lectionary, also published by The Liturgical Press. She is also a member of the editorial board for the revised Old Testament of the NAB.

. . . women played important roles in Israel's history from the beginning. If we have not recognized this, it might be because we have failed to read their stories with the interest and understanding that they merit.
Dianne Bergant, CSA, Catholic Theological Union