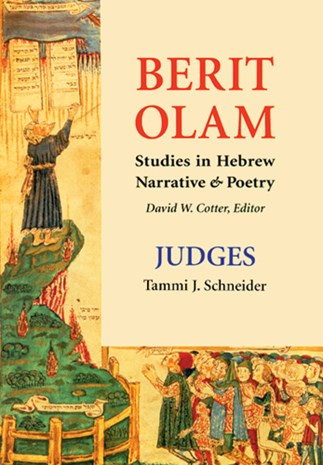 . . . may well be the best available literary analysis of the whole book of Judges.
Hebrew Studies


". . . offers an interesting, clearly written synthetic reading of the enigmatic book of Judges. Schneider's attention to the nuances of the Hebrew text, bringing the dynamics of the original closer to the English reader, is particularly commendable.
Marc Z. Brettler, Brandeis University


I liked the use made of two things. One, the way Ancient Near Eastern scholarship, well-defined and up-to-date, was introduced into the commentary whenever possible. The effect of that was to make the biblical text more vivid and more real. And two, feminist scholarship on Judges was integrated into the work; to the best of my knowledge, this is the first commentary on Judges whose author does not shy away from feminist criticism but, on the contrary, brings it to bear on the biblical text.
Athalya Brenner, University of Amsterdam


Students, clergy, and teachers will find this an informative and easy-to-read commentary that offers new insights on familiar stories.
Interpretation