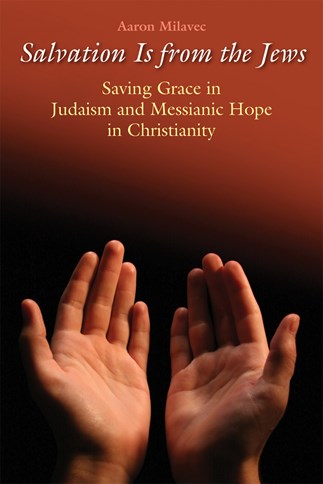 Salvation is from the Jews

Growing up in an ethnic suburb in Cleveland, Aaron Milavec was an impressionable adolescent whose religious and cultural influences made it natural for him to pity, blame, and despise Jews. All of that began to change in 1955 when Mr. Martin, a Jewish merchant, hired Milavec as a stock boy. Milavec’s initial anxieties over working for a Jew surprisingly gave way to profound personal admiration. This, in turn, plunged Milavec into a troubling theological dilemma: How could God consign Mr. Martin to eternal hellfire due to his ancestral role in the death of Jesus when it was clear that Mr. Martin would not harm me, a Christian, even in small ways?

This book is not for the faint-hearted. Most Christians imagine that the poison of anti-Judaism has been largely eliminated. In contrast, Milavec reveals how this poison has gone underground—disfiguring not only the role of Israel in God’s plan of salvation but also horribly twisting the faith, the forgiveness, and the salvation that Christians find through Jesus Christ. This painful realization serves as the necessary first step for our healing. At each step of the way, Milavec’s sure hand builds bridges of mutual understanding that enable both Christians and Jews to cross the chasm of distrust and distortion that has infected both church and synagogue over the centuries. In the end, Milavec securely brings his readers to that place where Rabbinic Judaism and Christianity can again be admired as sister religions intimately united to one other in God’s drama of salvation.

Aaron Milavec holds a STB from the University of Fribourg and a ThD from the Graduate Theological Union (Berkeley). For twenty-five years he has been occupied with the training of future priests and lay ministers. Over the years, Milavec has presented numerous workshops, classes, and lectures on issues of concern to Jews and Christians. He recently authored The Didache: Text, Translation, Analysis and Commentary (Liturgical Press)—a window into the mid-first century faith, hope, and practice of a Christianity within the boundaries of Judaism.

With extraordinary candor, Aaron Milavec challenges traditionally held Christian misconceptions about the Jewish Faith and sets the record straight. Salvation Is from the Jews makes it abundantly clear that unlike its relationship to other religions, Christianity shares an intimate bond with Judaism-a common spiritual pilgrimage that deserves to be affirmed and celebrated.
Keith F. Pecklers, S.J., Pontifical Gregorian University, Rome


This book could be particularly useful in study circles, dialogue groups, and seminars. The autobiographical motif that reappears throughout Salvation Is from the Jews invites readers into conversation with the author and challenges them to make their own journeys.
Catholic Biblical Quarterly


The integration of the new understanding of the Christian-Jewish relationship that emerged from Vatican II's Nostra Aetate still awaits completion. Aaron Milavec has moved ahead that process to a significant degree in Salvation Is from the Jews: Saving Grace in Judaism and Messianic Hope in Christianity. He has brought together the best of the biblical and theological scholarship on this question in the past several decades from with the official Catholic statements in a comprehensive framework that breaks new ground.
John T. Pawlikowski, O.S.M., Ph.D., Director, Catholic-Jewish Studies Program, Catholic Theological Union, Chicago, Illinois


For the last fifteen years Aaron Milavec has done groundbreaking scholarly work on the first century Jewish-Christian document, the Didache, and he is a veteran of local Christian-Jewish dialogue. His Salvation Is from the Jews is a stirring work that incorporates provocative theological perspectives along with numerous insights from recent official Church teaching. The author is specifically concerned that Church leaders, both lay and ordained, follow through with the trajectory defined in the study document, Covenant and Mission. In addition, he seeks to foster a more honest and soul-searching dialogue in living rooms, in congregations, and on the web.
Louise Barnes Vera, Office for Ecumenical and Interfaith Relations, Cincinnati, Ohio


Dr. Milavec has elegantly and passionately reframed the dialogue between Judaism and Christianity in purely theological terms and has taken into account both the past and the contemporary scene. He has created a Christian theology of Judaism and it is one well in advance of what is presently in hand.
Jacob Neusner, Distinguished Service Professor of the History and Theology of Judaism, Senior Fellow, Institute of Advanced Theology, Bard College