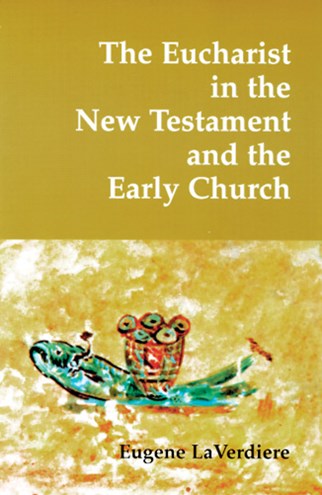 The Eucharist in the New Testament and the Early Church

Father LaVerdiere illustrates how the origins of the Eucharist coincide with the origins of the Church. The development of the Eucharist reflects the development of the early Church, as well as its creative theological and pastoral reflection. Through the lens of the New Testament it views the beginnings of both Church and Eucharist when the risen Lord appeared to the disciples at meals soon after Jesus' passion, death and resurrection. He also looks beyond the New Testament and explores the ongoing development of Eucharistic theology and practice up to the mid-second century, ending with Justin Martyr, the first to describe the Eucharist to people who had no personal experience of it.

Since most of today's challenges concerning the Eucharist are similar to those experienced by the early Church, The Eucharist in the New Testament and the Early Church will be of great help to pastors, students, catechists and those in ministry, who want the celebration of the Eucharist to make a difference on the rest of Christian life in the Church.

Eugene LaVerdiere, SSS, is the senior editor of Emmanuel magazine and an adjunct professor of New Testament studies at Catholic Theological Union and Mundelein Seminary in Chicago. He is author of Fundamentalism: A Pastoral Concern, A Church for All Peoples: Missionary Issues in a World Church, and Luke from the New Testament Message series published by The Liturgical Press.