Springtime Of The Liturgy 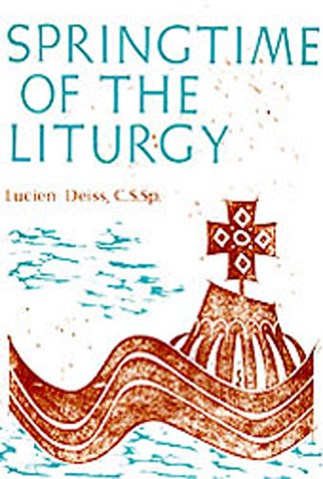 (Re-released as part of the Classics in Liturgy series) Originally published as Early Sources of the Liturgy, this book presents the principal texts of the Christian liturgy from its beginnings to the fifth century. Included among the main sources treated are liturgical texts of the Jewish tradition; doxologies, hymns, and blessings of the New Testament; the Didache; the Letter to the Corinthians of Clement of Rome; the Apostolic Tradition of Hippolytus of Rome; the Anaphora of Addai and Mari; the Didascalia of the Apostles; the Euchology of Serapion.

Later witnesses include the Strasbourg Papyrus; the Apostolic Constitutions; the Euchology of Der Balyzeh; the Catechesis of Cyril of Jerusalem.

Lucien Deiss, CSSp, for ten years a professor of theology and Scripture at the Grand Scholasticat de Chevilly-Larue, is one of the pioneers of the biblical and liturgical renewal. He worked for the reform brought about by Vatican II and participated in the ecumenical translation of the Bible. He is the author of numerous books, including Celebration of the Word; Springtime of the Liturgy; The Mass; and Joseph, Mary, Jesus, published by The Liturgical Press. He has composed many liturgical songs, some of which have been translated into the principal world languages, including Chinese.