A Crucified Christ in Holy Week 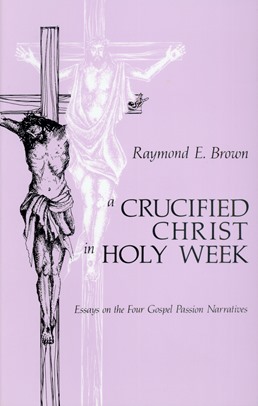 This best-selling book is certain to remain in the forefront of Gospel exegesis for years to come. In it, Father Brown treats the Gospels, written thirty to sixty years after the life of Christ, as reflecting considerable theological and dramatic development and not simply as literal accounts of a historical event.

This volume is worthy of recognition. . . . It is well written, pastorally sensitive and possesses a clear theological focus.
Catholic Journalist

Brown has the uncanny ability to introduce the critical scholarship to the general reader in a manner that both invokes interest and raises pertinent questions in the mind.
Conrad Hoover, Sojourner