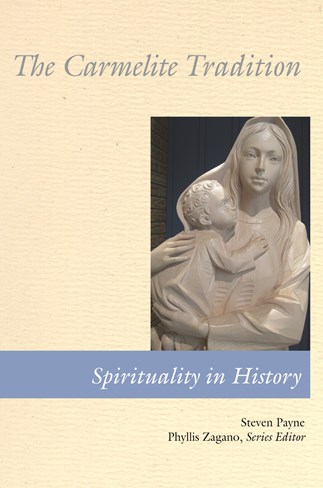 Eight hundred years ago Albert of Jerusalem gave the hermit-penitents of Mount Carmel a way of life to follow. Since then, this rule has inspired and formed mystics and scholars, men and women, lay and ordained to seek the living God. In The Carmelite Tradition Steven Payne, OCD, brings together representative voices to demonstrate the richness and depth of Carmelite spirituality. As he writes, "Carmelite spirituality seeks nothing more nor less than to 'stand before the face of the living God' and prophesy with Elijah, to 'hear the word of God and keep it' with Mary, to grow in friendship with God through unceasing prayer with Teresa, to 'become by participation what Christ is by nature' as John of the Cross puts it, and thereby to be made, like Thérèse of Lisieux, into instruments of God’s transforming merciful love in the church and society."

The lives and writings in The Carmelite Tradition invite readers to stand with these holy men and women and seek God in the hermitage of the heart.

Steven Payne, OCD, of the Washington Province of Discalced Carmelite Friars, is a member of the Carmelite Friars' formation team at the Monastery of St. John of the Cross near Nairobi, Kenya, and director of the Institute of Spirituality and Religious Formation (ISRF) at Tangaza College, a constituent college of the Catholic University of Eastern Africa (CUEA) in Nairobi. He is the past editor of ICS Publications and of Spiritual Life magazine and the author of several works in philosophy of religion, theology, and Carmelite spirituality. He is a member of the Carmelite Forum and of the Carmelite Institute in Washington DC, of which he is a past president.

Explore The Carmelite Tradition with the expert guidance of Fr. Steven Payne who has composed a clear, elegant and insightful guide to the extraordinary riches of the Carmelite charism. You will be profoundly enriched by your time with Fr. Payne's beautifully written text.
Dr. Keith J. Egan, President, Carmelite Institute, Aquinas Chair Emeritus, St. Mary's College, Adjunct Professor of Theology, Notre Dame University