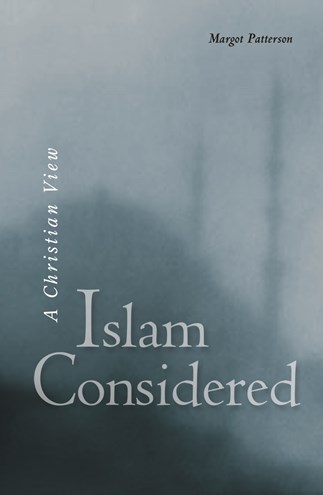 What do Muslims believe? Why do they pray five times a day and what do these prayers mean? Are the conflicts between the Middle East and West truly reflective of a holy war? Christians are only beginning to understand Islam and the people who practice it. The media is full of images of fundamentalist extremists, violence and war, constantly blurring political and historical situations with religious identity. But the very word Islam is based on a root (s-l-m) related to the Hebrew word shalom, meaning peace. Allah is the Arabic name for the God of Muslims, Jews, and Christians. In diverse cultural contexts, Muslims pray and worship God and attempt to follow the teachings of the prophet Muhammad, just as Jews and Christians attempt to follow their Scriptures. Islam Considered: A Christian View gives an overview of the history, beliefs, and practices of Islam and explains some of the sources of tension between the Middle East and the West. In this lively and readable book, Patterson points out the common roots and shared values of Judaism, Christianity, and Islam and assists Christians in identifying the connections between all three of the great monotheistic religions.

Margot Patterson is a journalist on the staff of the National Catholic Reporter.

Margot Patterson has taken on an impossible task and made a success of it. In 112 pages (plus an index and bibliography) she offers `a simple, readable account of the major tenets and practices of Islam,' and an understanding of `why the West in general and the U.S. in particular are regarded with antagonism by some Muslims.' Her book should help overcome the widespread ignorance of Islam by Catholics and other Christians, while making them more aware of the mistakes American policy-makers have made in dealing with countries with large Muslim populations.
The American Catholic


Islam Considered is very helpful in that it compares tenets of the Muslim faith to similar aspects of the Jewish and Christian faiths. The author points out that much religious observance today comes not from the law of the religion but from the secular culture in which the religion originated. All who know little about the true Muslim faith or who believe it is a negative force in the world should definitely read this book.
Liguorian


Here is a rich cache of carefully researched data and well-organized information, wrapped in an accessible package.
National Catholic Reporter


[T]he book can serve as an inviting overview of Islam and its practice in the modern world for students who are quickly overwhelmed by otherwise good but dense considerations of the tradition.
Catholic Books Review