Visions Of Liturgy And Music For A New Century 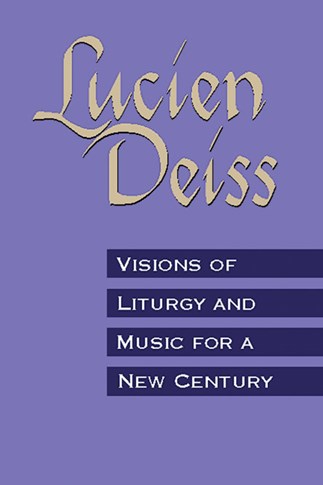 What is the future of liturgical song? The answer to that question, says Lucien Deiss, depends upon the development of the liturgy itself and our search for better ways to spread the gospel.

Drawing on the riches of the past to guide that search, Father Deiss reflects on what is desirable today. Making the ministerial function of music and song his point of reference - and the key to all questions - he discusses every musical aspect, from processions, acclamations, and responsorial psalms, to hymns, the credo, and the cantillation of the readings. He outlines present-day practices, makes suggestions for improvement, and contributes sound, creative ideas for the future.

Using his broad historical and musical knowledge of the Church's liturgy, Father Deiss takes us step-by-step through the Eucharistic celebration. He reflects not just on the liturgy's repertoire of music and song, but also on the roles of those who participate in its formation: priest, choir, music liturgist, organist, cantor, and congregation.

Lucien Deiss, CSSp, for ten years a professor of theology and Scripture at the Grand Scholasticat de Chevilly-Larue, is one of the pioneers of the biblical and liturgical renewal. He worked for the reform brought about by Vatican II and participated in the ecumenical translation of the Bible. He is the author of numerous books, including Celebration of the Word; Springtime of the Liturgy; The Mass; and Joseph, Mary, Jesus, published by The Liturgical Press. He has composed many liturgical songs, some of which have been translated into the principal world languages, including Chinese.

This is a rich resource of liturgical and biblical theology for those interested in digging deeper into the historical sources of liturgical music.
Ministry & Liturgy