Butler's Lives of the Saints: December 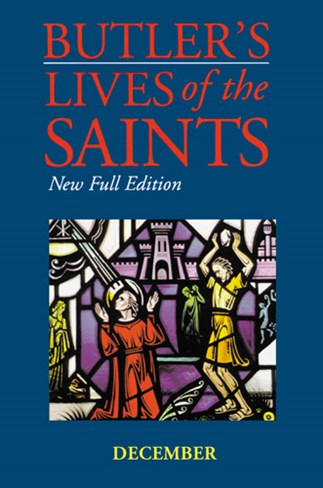 One of the most well-known and relied-upon reference works of all time has been updated and revised! The twelve volumes of the revised Butler's Lives of the Saints correspond to the months of the year; each volume contains entries on saints with feast days in that month.

Since its original publication over two hundred years ago, Butler's Lives of the Saints has been one of the best-known and most-used religious reference works of all time. The original work has been updated twice previously in the twentieth century, in 1926-1938 and again in the 1950s. The need has become urgent for this most thorough revision yet undertaken, completely rewritten and with substantial amendments to the selection of entries.

These amendments have been made necessary, first by the major reform of the Roman Calendar, which removed many saints for whom reliable historical evidence was lacking, and, second, by the unprecedented number of canonizations and beatifications of recent decades. To these factors must be added the ongoing revision of the Roman Martyrology in progress at the Congregation for Divine Worship in Rome, which has altered a number of dates for commemoration, and which this new revision follows.

Each volume is revised by one person, working to general guidelines and backed by a team of expert consultants. The criteria adopted are: maximum clarity of style; more world-wide emphasis, reflecting the pattern of recent beatifications; the provision of solid historical and contextual background. The bibliographical notes to each entry, which have been such a valuable feature, are retained and updated, and in the case of major figures, expanded with notes on artistic representations. In many cases, these relate to legend rather than to history, so relevant legends are not discarded, but distinguished as such—which may have been a principle, but was not always the practice with earlier editions.

The name "Butler's" has been retained because, beside the fact that much of his information is still valid and retained, his original purpose remains the basic inspiration: "Example instructs without usurping the authoritative air of a master. . . .  In the lives of the saints we see the most perfect maxims of the gospel reduced to practice."

Kathleen Jones (1922-2010) was emeritus professor of social policy at the University of York and an honorary fellow of the Royal College of Psychiatrists. She acted as a consultant on social history and abnormal behavior for this series, for which she has also revised the June volume. Her publications in social science include Ideas on Institutions (1984); Experience in Mental Health (1988); The Making of Social Policy in Britain (1991, n.e. 1994); Asylums and After (1993). Her religious publications include a translation of the Poems of St John of the Cross (1993) and Women Saints: Lives of Faith and Courage (1999), both published by Burns & Oates.

It is a worthy volume to conclude a series suited to a new century of readers who will find a daily fund of hope and encouragement in the lives of the saints.
Prairie Messenger