The Spirituality of the Diocesan Priest 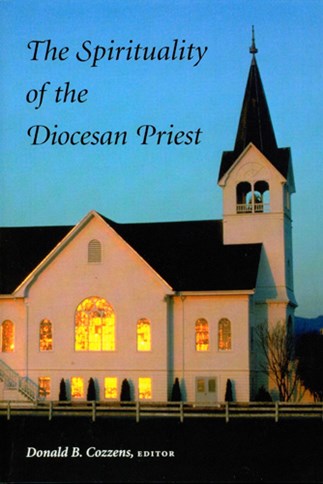 Beyond the dramatic drop in seminarians and the declining numbers of priests, beyond the sexual misconduct scandals shaking the confidence and trust once readily given to priests, a spiritual deepening and maturing is renewing the spirit and confidence of the diocesan priest. In this collection of essays, twelve priests (including four bishops) reflect on the spirituality of the diocesan priest from their personal and pastoral experience.

Contributors and their articles include "Tenders of the Word" by Donald B. Cozzens, "Personal Symbol of Communion" by Denis Edwards, "Confessions of a Pilgrim Pastor" by William Hammer, "A Kindled Heart" by Frank McNulty, "A Glorious and Transcendent Place" by Robert F. Morneau, "The Conciliar Documents and the 1983 Code" by Edward G. Pfnausch, "Ruminations of a Canonist" by James H. Provost, "Heralds of the Gospel and Experts in Humanity" by Sylvester D. Ryan, "Servant of the Servants of God" by Robert Schwartz, "Speaking Out for the Inside" by William H. Shannon, "Paul of Tarsus: A Model for Diocesan Priesthood" by Richard J. Sklba, and "Spirituality of the Diocesan Priest: Using the Wrong Measure?" by Kenneth Untener.

. . . a balanced, humane, and inspiring collection of perspectives from a rich variety of qualified sources.
Emmanuel

This is an important book for priests who are serious about personal growth.
Priest