From Jerusalem to Antioch

The Gospel Across Cultures 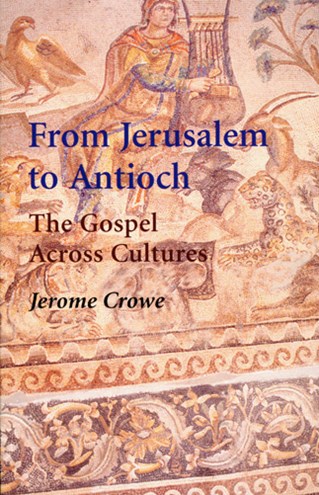 What happens when the gospel is relayed from one world to another and a Christian community is born in a new culture? How does the dynamism of the gospel reshape the culture that accepts it? How does that culture enrich the gospel?

From Jerusalem to Antioch looks for answers to those questions by studying the earliest stage of the journey of the gospel to "the ends of the earth," the stage that brought it from the Jewish world of Jerusalem to the Hellenistic world of Antioch, the stage that saw the founding of the first "Christian" community. From Jerusalem to Antioch is a case study of that first example of the transculturation of the gospel: the way the Good News, so firmly rooted in Jewish soil, was successfully transplanted into a very different culture. Father Crowe maintains that there is much in the story of those two communities that speaks to the situation of a Europe-centered Church as it learns about its world mission from Christian communities in other cultures. Indeed, the experience of those who carried the gospel from Jerusalem to Antioch mirrors those of modern-day missionaries.

Father Crowe presents the results of modern research-from the areas of Scripture, history, theology, sociology, and anthropology-on the Church of Jerusalem and on the Church of Antioch. In parallel chapters he compares such aspects as the two groups' historical origins, the way they presented the Christian message, and their distinctive patterns of worship, teaching, community life, and organization. He also refers to Acts, which offers a detailed account of the first community of Jerusalem; the Gospel of Luke, which provides an historical picture; and the letters of Paul, which give the eyewitness testimony of a man who was familiar with both communities. He concludes with suggestions for further reading. Aimed at those with some familiarity with biblical and theological issues, such as college students and those involved in religious education and parish adult education, From Jerusalem to Antioch shows how the process of transculturation of the gospel leads the Church to a deeper understanding of the mystery that lies at its heart.

The late Jerome Crowe, CP, lectured on Scripture in Australian seminaries and in Catholic studies at the University of South Australia. He served as president of Yarra Theological Union in Melbourne and lectured and gave retreats in Papua New Guinea, the Philippines, Japan, Rome, and the United States. He was an alumnus of the Ecole Biblique in Jerusalem.