Journeys at the Margin

Toward an Autobiographical Theology in American-Asian Perspective 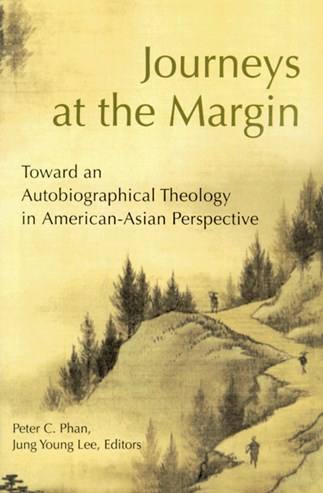 How does the experience of being an immigrant, an ethnic minority person on the margins of society, affect one's way of doing theology? In Journeys at the Margin prominent Asian-American theologians reflect on how being an Asian and a North American has shaped the way they understand the Christian story.

Asian Americans, having roots in Asia, do not fully belong either to America or Asia. They find themselves straddling two different world cultures, sharing something of both but belonging entirely to neither. Thus, their marginality can best be understood in terms of their experience of living "in-between" two cultures, that of the immigrant and that of the dominant group, and being "in-both" of these cultures—and, ultimately, being "in-beyond" the two cultures altogether.

Coming from different parts of the Far East and nourished by diverse Christian traditions, the contributors to Journeys at the Margin bring to their work richly divergent perspectives, resources, and methods. More than an anthology of personal stories, this collection of essays develops the emerging theological themes (including the contributors' visions of a new America) out of their experience. What binds these highly varied essays is their authors' common journeys at the margin.

As the United States becomes increasingly multiethnic and multicultural at the threshold of a new millennium, Journeys at the Margin offers useful suggestions on how to meet the challenge of cultural diversity in both Church and society.

Articles and their contributors are "An Asian-American Theology: Believing and Thinking at the Boundaries," by Peter C. Phan; “Five Stages Toward Christian Theology in the Multicultural World,” by Choan-Seng Song; “A Life In-Between: A Korean-American Journey,” by Jung Young Lee; “The House of Self,” by Julia Ching; “A Japanese-American Pilgrimage: Theological Reflections,” by Paul M. Nagano; “A Path of Concentric Circles: Toward an Autobiographical Theology of Community,” by David Ng; “‘But Who Do You Say That I Am?’ (Matt 16:15): A Churched Korean American Woman’s Autobiographical Inquiry,” by Jung Ha Kim; “Betwixt and Between: Doing Theology with Memory and Imagination,” by Peter C. Phan; “From Autobiography to Fellowship of Others: Reflections on Doing Ethnic Theology Today,” by Anselm Kyongsuk Min; and “Church and Theology: My Theological Journey,” by Andrew Sung Park.

The late Dr. Jung Young Lee taught Asian philosophy and systematic theology at Drew University before his death in 1996. He wrote and edited nearly twenty books and fifty articles.

Fr. Peter C. Phan is a Vietnamese American and is the Warren-Blanding Professor of Religion and Culture in the department of religion and religious education at The Catholic University of America. He is the author and editor of several books and over a hundred essays on various aspects of Christian theology.

This collection of essays permits us to enter a new and exciting path in theology, the world of Asian Americans. It will be important both for other Americans wanting to appreciate their contribution to Christian thought, and for younger Asian Americans looking for ways to give shape to their own stories.
Robert Schreiter, Catholic Theological Union

. . . to read these stories is to discover another 'marginal' placealong with many Hispanic-American, African-American and feminist placeswhich is a center of cutting-edge theological reflection. To visit this challenging and exciting placeread this book!
Terrence W. Tilley, Chair, University of Dayton