Liturgy and the Social Sciences 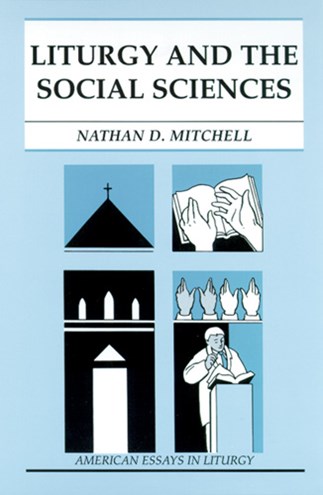 In his letter to liturgists meeting in Mainz, Germany, in 1964, theologian Romano Guardini asked: "Is ritual a forgotten way of doing things?" That question challenged Catholics to reevaluate the roots and roles of ritual. In an ongoing response to that challenge, liturgists have sought to reinterpret the multiple meanings of ritual using insights from the social sciences. In Liturgy and the Social Sciences, Nathan Mitchell examines the responses of liturgists to Guardini's famous question.

In the first chapter Mitchell focuses on Aidan Kavanagh, OSB, a noted U.S. liturgist that undertook the challenge of answering Guardini's question. He explains how Father Kavanagh's innovative call for a new disciplinea "political science" of behaviorwas taken up by American liturgists in a "classical" or "high church" mode that emphasized ritual action as traditional, authoritative, repetitive, conservative, and "canonical."

The second chapter examines how the "high church consensus" began to unravel as a result of critical work done on "emerging ritual" by Ronald Grimes and David Kertzer. These scholars argued that new categories were needed to understand how ritual connects with social life and explained the characteristics of "emerging ritual" as innovative, untraditional, unpredictable, playful, and short term.

In the third chapter Mitchell explores some of the proposals that a new generation of anthropologists have made for interpreting ritual. He gives attention to the research of Talal Asad, who suggests that rituals are a "technology" aimed at producing "virtuous selves." Michel Foucault's "technologies of the self" is also discussed in this chapter.

Although written for directors of liturgy, Liturgy and the Social Sciences will also appeal to DREs, clergy and religious, directors of adult formation, persons working with candidates in RCIA, and students and teachers of liturgy who want to look beyond what we do to understand why we do it.

Nathan D. Mitchell, PhD, is Associate Director for Research at the Center for Pastoral Liturgy, University of Notre Dame. Six times a year, he writes "The Amen Corner" for Worship. In 1998, the North American Academy of Liturgy presented him with its Berakah Award. Other books by Mitchell that have been published by The Liturgical Press include Cult and Controversy, Mission and Ministry, and Rule of Prayer, Rule of Faith. He also contributed to The Collegeville Pastoral Dictionary of Biblical Theology.

This is a masterful overview of what we have come to call the anthropological roots of worship. As he has done in the past, Nathan saves us months, if not years, of reading. He presents the pertinent literature with balance and precision. He also helps us to see beyond our past and present certainties. Nathan is a master at presenting the many sides of a topic. He has a master teacher's way of bringing us to a higher viewpoint that enables us to see the truth of several different approaches. It is hard for me to imagine a single order of ministers in the church who would not benefit from reading this new addition to American Essays in Liturgy. Bishops and religious superiors, pastors and religious educators, liturgists and theologians will find in these pages insight into every dimension of contemporary church life.
Andrew D. Ciferni, O.Praem