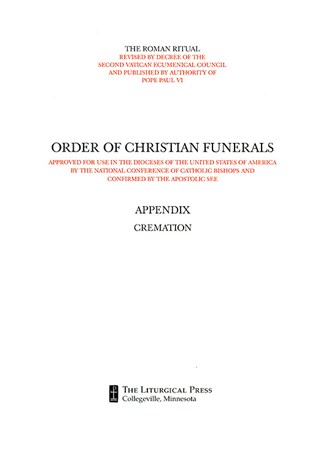 Appendix Cremation contains texts and ritual adaptations for the celebration of funeral rites in the presence of cremated remains. Written in response to an indult granted on March 21, 1997, the use of this appendix has been mandatory in the dioceses of the United States since All Souls Day, November 2, 1997.