The Earth is the Lord's

The Bible, Ecology, and Worship 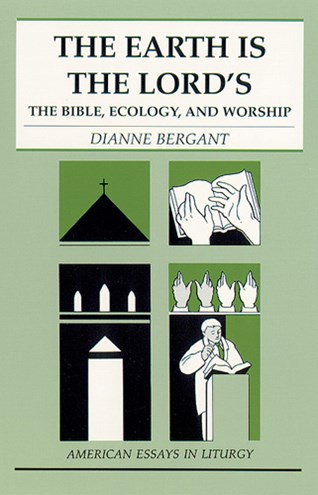 The first verse of Psalm 24 declares that "the earth is the Lord's" because it was God who "founded it on the seas and established it over the waters." In The Earth Is the Lord's Dianne Bergant explains that if the rich and elaborate religious tradition in that statement is understood, it can deepen our appreciation of God's creative power. She examines the relationship between humans, the earth, and worshiping the Lord by focusing on ancient and contemporary beliefs as well as key passages from the Bible.

Chapter one, A New Worldview, discusses the connection between humans and earth, an open and critical dialogue between science and theology, and the idea that humans are not the center of the universe. Chapter two, Creation and Re-creation, focuses on the Sabbath, the sanctuary, a sacred time and place, and the image of God. Chapter three, Nature: Friend or Foe?, examines nature. Chapter four, Creation and Morality, takes a close look at morality. The final chapter, On That Day, discusses the day of the Lord, a new heaven and a new earth, and the Messianic Age.

Sister Dianne Bergant CSA, is Professor of Old Testament studies at Catholic Theological Union in Chicago. The general editor of The Collegeville Bible Commentary (Old Testament), she was editor of The Bible Today from 1986-1990.

. . . a useful resource to add to the increasing material on creation and ecological concerns in the Old Testament.
Society for Old Testament Study