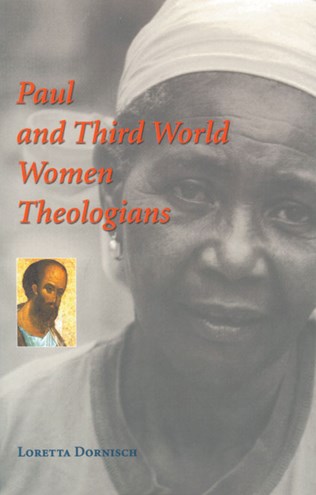 For many people Paul is seen as anti-woman and male-dominating, mired in images and concepts from ancient worlds people cannot relate to. Yet why have his letters endured? Why do women in Guatemala, Nigeria, or Korea find a resonance in their experience today? Why has Paul continued to be a major resource for people wanting to live a deeply Christian life? Loretta Dornisch explores these questions by examining Paul's letters in Paul and Third World Women Theologians.

In Paul and Third World Women Theologians Dornisch explores the themes of liberation and justice against a background of oppressing and oppressed people, whether in the first century or in the twenty-first. She pays particular attention to Third World women theologians who are emerging as voices calling for a new consciousness. These women speak for the many voiceless Third World women who are often treated as less than human and whose oppression can no longer be tolerated.

To make these texts woman-, user-, and liberation-friendly, Dornisch examines Pauls letters from different perspectives. First, she explores these texts as if they were written by a woman, Paula, instead of Paul. Dornisch hypothesizes Paula as a co-worker, co-writer, co-thinker with Paul. She stresses that this idea is not contradictory to the texts since Paul refers to at least three women as "co-workers" (Rom 16:3; Phil 4:3). The second point of view introduced by Dornisch is that of various women named by Paul whether as co-worker or heads of households, or even as deacon or apostle. Dornischs third perspective is that of imagined women of the first century with various cultural and traditional world views. Her fourth perspective is that of women today, from whatever continent, who are struggling to create life for themselves and others. Dornisch invites readers to interact with each of these perspectives in order to renew life for Christians today.

Loretta Dornisch, OP, PhD, is Professor of Religious Studies at Edgewood College, Madison, Wisconsin. She has written articles bridging interpretation and Scripture, and is the author of A Woman Reads the Gospel of Luke published by The Liturgical Press.

This book is very readable and useful to feminists and theologians.
Vidyajyoti Journal

Packed into this slender volume is an imaginative way of understanding Paul's theology.
The Bible Today