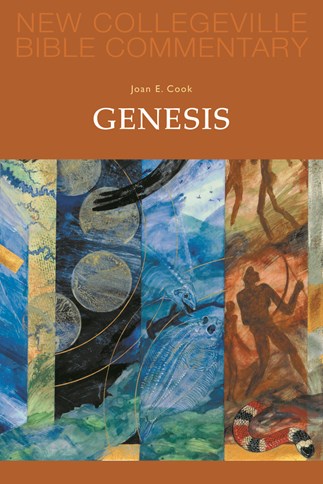 In the ongoing debate over the when and how our universe began, Genesis chooses to answer the theological question, "Who set in motion the beginning of the heavens and the earth?" Once that question is answered by vivid and memorable stories, the focus moves to ancestral stories that identify the roots and early branches of the Jewish family tree. This same tree grows in Christian settings as the matriarchs and patriarchs of Genesis appear over and again in New Testament writings.

Given the growing interest in family genealogies, in this commentary Joan Cook leads us to appreciate and delight in our ancient and awesome spiritual heritage as well. We should not be surprised, however, to discover that our earliest spiritual kith and kin were guilty of deceit, marital infidelity, jealousy, and murder. But readers will learn that the God who created the heavens and the earth is also a forgiving and protective God-the God of ancient time, of our time, of all time.

Joan Cook gives us a clear explication of the complex interwoven stories of Genesis. She highlights the character traits of these pioneers of our faith, follows the threads of various themes throughout the book, and relates the details to ancient Near Eastern culture. An enlightening book.
Irene Nowell, OSB, Adjunct Professor of Theology, St. John's University School of Theology

With deep knowledge of the ancient Near East and its customs, and with sensitivity to the contours of the biblical stories, Sr. Joan Cook opens up the book of Genesis, passage by passage, in stimulating terms. She shows how Genesis invites us into its narratives of puzzlement, of unbearable pain, and of joyful amazement in living in relationship with God. Delving into Genesis with Cook's commentary will help readers appreciate the providence of a God who continues to guide us--we who share the same dignity and frailties of our ancestors in faith.
Robert D. Miller II, Associate Professor of Old Testament, The Catholic University of America