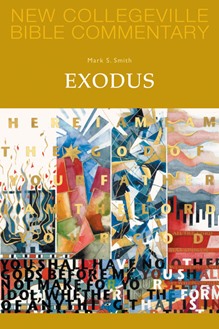 So resounding is its message that echoes of the Exodus are heard throughout the Old and New Testaments and the present. Exodus names and terms permeate our biblical and liturgical vocabularies: Pharaoh, Moses, Aaron, burning bush, "I AM," plagues, Passover, manna, Ten Commandments, forty days and forty nights, Ark of the Covenant. The Exodus experience, indeed, is central to both Jewish and Christian traditions. Exodus is, as Mark Smith reminds us, not only an ancient text but also "today's story, calling readers to work against oppression and to participate in a covenant relationship with one another and God." With Smith as their experienced guide, readers are able to march through this basic book of the Bible with textual difficulties solved and stacked up like a wall to their right and left, just as the Israelites "marched on dry land through the midst of the sea with the water like a wall to their right and to their left" (14:29). Undoubtedly, when finished, readers will be closer to the Promised Land than when they started.

Mark S. Smith is Skirball Professor of Bible and Ancient Near Eastern Studies at New York University. He has served as visiting professor at the University of Pennsylvania, the Hebrew University in Jerusalem, and the Pontifical Biblical Institute in Rome. Smith was elected vice president of the Catholic Biblical Association in 2009.

Smith's writing is so clear and engaging that the wealth of his scholarship is easily absorbed. The questions that lead into the various sections help the reader focus. The blend of scholarship and spirituality is flawless. An excellent commentary on this significant biblical book.
Irene Nowell, OSB, Adjunct Professor of Theology, St. John's University School of Theology


Just as Moses guided the people through the wilderness, so Mark S. Smith guides the reader through the biblical story that describes this adventure. He expertly uncovers this story's place in the literature of the Ancient Near East, its continued importance in the religious thinking of the Jewish people, its impact on Christian religion, and its value as a metaphor of the reader's own journey through life. Once again Exodus stands out as evidence of God's compassionate concern for the needy of our world.
Dianne Bergant, CSA, Catholic Theological Union