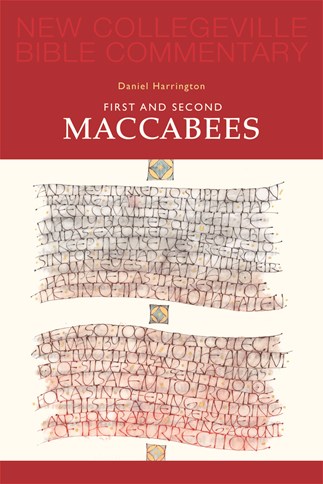 These accounts of the Maccabean revolt, by which the sons of Mattathias reclaimed the temple of Jerusalem, tell an important story of the founding of the Jewish people. "The Hammerers" is the meaning of the nickname "Maccabees," given to Mattathias's sons, who lived in a time of revolution. Empires struggled for control of Greece, Egypt, and Asia, and the small population of Jews tried to preserve their claim to Judea. The five brothers also made heroic contributions to the practice of Judaism. Their rededication of the temple establishes the annual celebration of Hanukkah, and the martyr stories in Second Maccabees emphasize faithfulness to the law of Moses.

The books of First and Second Maccabees are also important for Christians, as in them is told how the Jewish people established the political and religious culture into which Jesus was born. The martyr stories inform the early Christian martyrdoms, and the books are written in Greek, the language in which the Jews of Jesus' time read the Scriptures. As Father Harrington notes, without the Maccabees "the fate of Judaism (and with it Christianity and Islam) was uncertain."

Daniel J. Harrington, SJ, is professor of New Testament at the Boston College School of Theology and Ministry. He has a doctorate in biblical languages and literatures from Harvard University. A past president of the Catholic Biblical Association, he has written many books on the Old and New Testament, including the New Collegeville Bible Commentary on The Letter to the Hebrews (Liturgical Press, 2006).

With First and Second Maccabees, Daniel Harrington, S.J., provides a lucid, concise guide that illumines two very challenging deuterocanonical texts. First and Second Maccabees are important witnesses in our reconstruction of the Second Temple period and its various actors. Harrington sets the stage for both compositions by addressing the Maccabean revolt, underscoring its importance in a time of great crisis. His attention to explaining the historical context and potentially obscure aspects of the texts will be helpful to readers. Especially laudable is the clarity Harrington brings to the geographical and biographical references that one encounters throughout the narratives. The 'Review Aids and Discussion Topics' are beneficial for contemporary audiences in engaging these texts as resources for faith.
Kelley Coblentz Bautch, Associate Professor of Religious and Theological Studies, St. Edward's University

This remarkably clear and concise commentary on 1 and 2 Maccabees doubles as an excellent brief introduction to the history of the Maccabean period. Harrington distinguishes between the historically accurate and the legendary or ideological aspects of each book, representing the current scholarly consensus on the books' historicity. He carefully explains any deviations from the Septuagint text in his translation, by referring to the probable Hebrew original in the case of 1 Maccabees. The book contains thoughtful reflections on the different theological and literary purposes of 1 and 2 Maccabees, and on the historical reasons for the short-lived success of the Maccabees. This commentary is an invaluable resource for students of Second Temple period Judaism.
Karina Martin Hogan, Associate Professor of Theology, Fordham University

Harrington expertly examines these deuterocanonical books, providing the necessary historical information that will open the meaning of the text to those less acquainted with these particular stories. This is a first-rate commentary.
The Bible Today