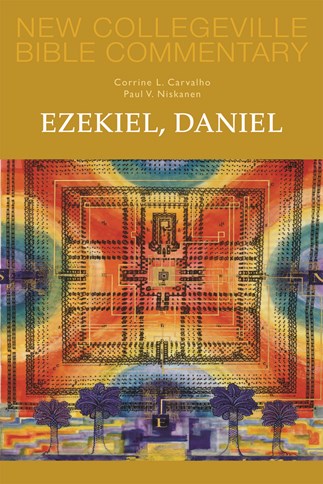 The books of Ezekiel and Daniel provide some of the most memorable stories and images of the Old Testament.

Ezekiel, the wild prophet of the Babylonian exile, gave us images of the blazing wheeled throne of God leaving Jerusalem and the valley of dry bones that only God could restore to life. Struggling to prove his authenticity as a prophet, Ezekiel gives hard messages to the people of Israel that predict the fall of Jerusalem and punishment of all the nations. At the heart of the fiery speech and actions, however, is someone trying to explain how Jerusalem could fall and Israel could lose the Promised Land. In the end, there can be no mistake about his message of God's power and the cost of Israel's unfaithfulness.

The prophet Daniel's message balances that of Ezekiel's, offering stories of God's faithfulness to those who keep the law. The dramatic stories of the three men in the fiery furnace and Daniel in the lion's den, as well as the account of Susanna and the elders, show God's saving power to those who are faithful. Daniel's message is one of hope for a people living under severe oppression during and after exile. Combining storytelling, prophecy, and apocalyptic, this book puts history in the context of God's larger plan for humanity.

Corrine L. Carvalho received her doctorate from Yale University and is professor of theology at the University of St. Thomas, St. Paul, Minnesota. She is the author of Encountering Ancient Voices: A Guide to Reading the Old Testament (Winona: St. Mary's Press, 2006).

Paul V. Niskanen is associate professor of theology at the University of St. Thomas, St. Paul, Minnesota. He is the author of The Human and the Divine in History: Herodotus and the Book of Daniel (T&T Clark International, 2004).

This volume in the NCBC series is a real gem. These two books, which both attract and puzzle many readers, appear in a single volume. Both Ezekiel and Daniel address times of crisis in Israel's life, and these commentaries skillfully portray the historical situation of the writers and tease out of the rich symbolism a theological message for those in distress. Each commentator brings a wealth of study and knowledge to the text and presents it so clearly and subtly that we readers can engage in an interpretation for our own time. Dark times can generate hope: promise of rebirth for the people experiencing the Babylonian Exile ("dry bones" in Ezekiel 37), and the first notion of resurrection of the dead for those suffering steadfastly around the time of the Maccabees (Daniel 12).
John Endres, SJ, Professor of Sacred Scripture, Jesuit School of Theology of Santa Clara University

This fine, intelligible, reliable commentary will be extremely helpful in helping ordinary Christians and their pastors to find their way into the mysterious worlds of Ezekiel and Daniel.
John Goldingay, Professor of Old Testament, Fuller Seminary