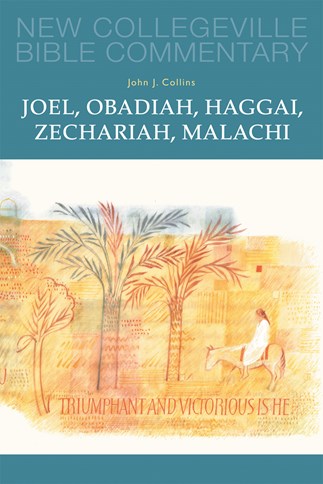 These books, from what are often called the twelve prophets, continue to recount the story of the return from Babylonian exile. They speak with immediacy and power to the generation that was responsible for writing down and organizing the Hebrew Scriptures and founding Judaism as a religion, not just an ethnic identity.

Haggai demonstrates how not to be a prophet, as his wildly optimistic and date-specific predictions don't come true. Zechariah then tries to restore the reputation of the prophets after Jeremiah denounces them as liars. A central issue is the rebuilding of the temple—how can it replace the celebrated temple of Solomon? Should it be built before the people even have the resources to build their own houses? When did God leave the temple, and what will convince God to return?

These postexilic prophets affirm the many traditions of the people of Judah and Israel, who are still reeling from exile, offering them hope and direction. They promise that God's justice will include punishment of their enemies and a full restoration of God's people.

John J. Collins is Holmes Professor of Old Testament at Yale Divinity School. A native of Ireland, he has a doctorate from Harvard University, and earlier taught at the University of Chicago, and the University of Notre Dame. He has published widely on the subjects of apocalypticism, wisdom, Hellenistic Judaism, and the Dead Sea Scrolls and served as president of both the Catholic Biblical Association and the Society of Biblical Literature.

Joel, Obadiah, Haggai, Zechariah, Malachi, John J. Collins provides clear and accessible treatment of these prophetic books, ones that are often overlooked by readers of the Bible. Collins offers helpful commentary that shows the importance of these short prophetic works, which for the Christian Bible stand at the end of the Old Testament and signal many important themes for the New Testament. He also does a great service to readers by discussing the major ideas in these biblical works, such as prophecy and apocalyptic as well as the symbolism of the messianic king and the Jerusalem Temple. This book is most highly recommended.
Mark S. Smith, Skirball Professor of Bible and Ancient Near Eastern Studies, New York University

These "minor prophets" are anything but minor when judged by the depth of their thought and the influence they exerted on other literature, including the New Testament. They require, however, considerable skill to understand and to explain. To these books John Collins brings a historian's perspective, acute analytic gifts, and expository clarity. He is particularly qualified to explain the apocalyptic and "early apocalyptic" features of the books, which have often baffled earlier interpreters.
Richard Clifford, SJ, Professor of Old Testament, Boston College