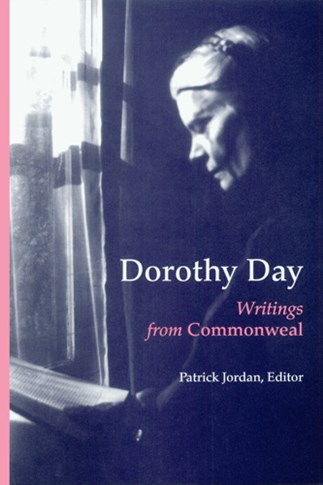 Dorothy Day has been described as "the most significant, interesting, and influential person in the history of American Catholicism." Outside The Catholic Worker (which she edited from 1933 to her death), Day wrote for no other publication so often and over such an extended period—covering six decades—as the independent Catholic journal of opinion, Commonweal.

Gathered here for the first time are Day's complete Commonweal pieces, including articles, reviews, and published letters-to-the-editor. They range from the personal to the polemical; from youthful enthusiasm to the gratitude of an aged warrior; sketches from works in progress; portraits of prisoners and dissidents; and a gifted reporter’s dispatches from the flash points of mid-twentieth-century social and economic conflict. Day’s writing offers readers not only an overview of her fascinating life but a compendium of her prophetic insights, spiritual depth, and unforgettable prose.

Chapters are “The Brother and the Rooster,” “Guadalupe,” “Letter From Mexico City,” “Spring Festival in Mexico,” “Bed,” “Now We Are Home Again,” “Notes From Florida,” “East Twelfth Street,” “Review: Saint Elizabeth by Elizabeth von Schmidt-Pauli,” “Real Revolutionists,” “Review: The Catholic Anthology by Thomas Walsh,” “For the Truly Poor,” “Saint John of the Cross,” “Houses of Hospitality,” “The House on Mott Street,” “Tale of Two Capitals,” “Letter: ‘In the Name of the Staff,’” “King, Ramsey and Connor,” “It Was a Good Dinner,” “About Mary,” “Tobacco Road,” “Review: In the Steps of Moses by Louis Golding,” “Review: Our Lady of the Birds by Louis J.A. Mercier,” “Peter and Women,” “Letter: ‘Things Worth Fighting For?’” “The Scandal of the Works of Mercy,” “Traveling by Bus,” “Letter: ‘Blood, Sweat and Tears,’” “The Story of Steve Hergenhan,” “Priest of the Immediate,” “We Plead Guilty,” “Letter: ‘From Dorothy Day,’” “Pilgrimage to Mexico,” “In Memory of Ed Willock,” “Southern Pilgrimage,” “A.J.,” “On Hope,” and “A Reminiscence at 75.”

This book is a well-written collection of highly relevant articles that are very much worth reading.
Mystics Quarterly

This attractive volume is an essential resource on Dorothy Day and the Catholic Worker and belongs in every library . . . invaluable for classroom use with advanced high school or college students or in adult study groups . . . attest[s] to the power of Dorothy Day's religious conversion, the richness of her contemplative, Eucharist-centered, and activist spirituality for so many whose paths crossed hers or who are stirred by her writing and witness for nonviolent revolution.
American Catholic Studies

A wonderful book . . . that will refresh and renew one's faith. . . . Reading even one at a time or all over a month or so will create a longingfor the days when journalists (and reformers, and community founders, leaders, and mysticsall of which Ms. Day embodied) would write in clear, direct language.
CRUX of the News