Salvation as Deification and Justification 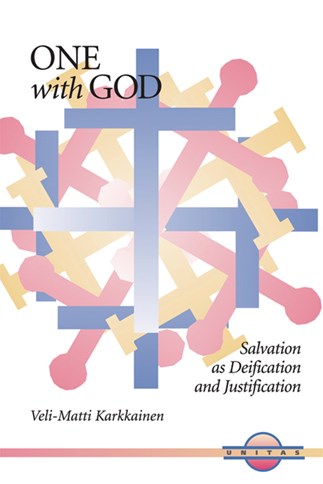 In recent decades the doctrine of salvation has become a key issue in international ecumenical conversations between Lutherans and Roman Catholics and also between Lutherans and Eastern Orthodox. The 1998 Joint Declaration on Justification between the Vatican and the Lutheran World Federation is a historic milestone in those efforts. Advances in ecumenical conversations have challenged the traditional opinion according to which the Lutheran view of justification by faith has been thought to be opposed to both the Eastern Orthodox doctrine of theosis (deification) and the Roman Catholic view of justification, which also includes sanctification.

In One With God Kärkkäinen points out that amidst all the differences between the East and West with regard to theological orientations and the language and concepts for soteriology, there is a common motif to be found: union with God. Both the Eastern understanding of theosis and the Western idea of justification have union as the ultimate goal.

The great service of the slim volume by Veli-Matti Kärkkäinen. . .fills in some valuable pieces of the justification-as-deification puzzle by providing a very helpful chapter on the doctrine of deification in the Eastern Orthodox tradition.
The Christian Century

. . . it would certainly open the door to valuable ecumenical discussions among scholars in very diverse branches of Christianity.
Catholic Library World