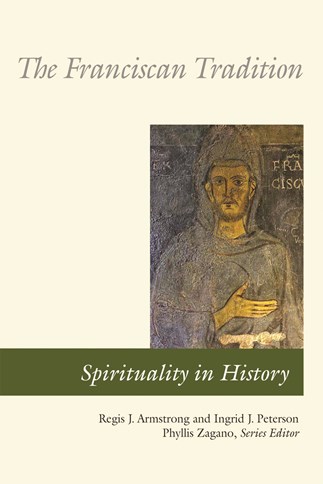 Saint Francis of Assisi is one of the most beloved saints. His commitment to God's will, his yearning to embrace poverty, and his attentiveness to the Spirit's presence in his life continue to inspire Christians and non-Christians alike. The Franciscan Tradition highlights some of the most influential people in Franciscan history. Using the writings of men and women from the First, Second, and Third Orders, this volume shows the breadth and depth of the Franciscan way of life. Presented here are saints and martyrs, contemplatives and preachers, theologians and reformers. They heeded God's call, found hope in Francis' mission, and now provide wisdom for those who seek to follow God.

Ingrid J. Peterson, OSF, is an adjunct faculty member of the Franciscan Institute, Saint Bonaventure University, and has been an English professor at the College of Saint Teresa and Quincy University. She is a Sister of Saint Francis from Rochester, Minnesota. Peterson is the author of Clare of Assisi: A Biographical Study and coauthor of Praying With Clare of Assisi. In 2000 the Franciscan Institute awarded her the Franciscan medal for Outstanding Contribution to Scholarship in Franciscan Studies. She is the first woman to receive this honor.

The Franciscan Tradition is an intriguing look at the history of this monastic order, highly recommended.
The Midwest Book Review