Newman's Own Selection of His Sermons

Edited with an Introduction by Vincent Ferrer Blehl, SJ; Foreword by Muriel Spark 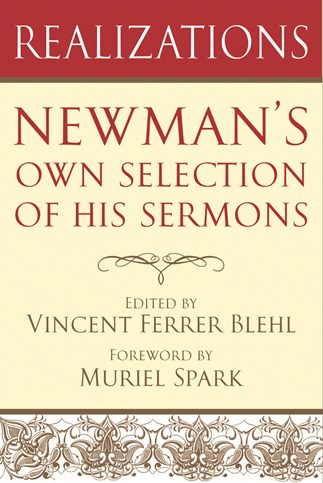 What is the secret of John Henry Newman's enduring appeal? It perhaps lies in the freshness, persuasiveness, and brilliance of his descriptions of Christianity. Newman, who is to be beatified by Pope Benedict XVI later this year, often uses the word "realization" rather than "faith" or "belief" to describe the process of becoming a Christian. To him, a realization is a moment when "one opens one's heart to a truth." He continues to enthrall us because through him we come to recognize Christianity not as a languid assent to a series of propositions, but as a vivid encounter with concrete realities. This collection of his sermons-the ones Newman himself felt were his best-is the ideal introduction to one of the greatest writers in the Christian tradition.

"If there is one comprehensive thing that can be said about Newman's writings, it is that he has a 'voice;' it is his own and no-one else's. To me, at least, it is a voice that never fails to start up, radioactive from the page, however musty the physical book."          -From the foreword by Muriel Spark

Vincent Ferrer Blehl, SJ, (1921-2001) was the Postulator of the cause of Newman's canonization, and the author of several books and articles about Newman's life and work.

The novelist Muriel Spark (1918 - 2006) said that "it was by way of Newman that I turned Roman Catholic." She later remarked that "it wasn't until I became a Roman Catholic . . . that I was able to see human existence as a whole, as a novelist needs to do."