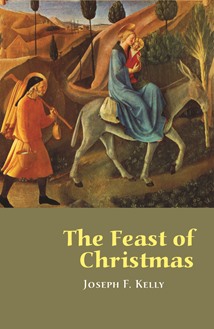 The Feast of Christmas

Many Christians struggle to balance the religious and secular elements of Christmas, but the history of the feast shows that this is nothing new. The religious Christmas has changed over the centuries and, contrary to many critics, is thriving today. This brief, accessible account will explain that:

By tracing these and other aspects of the religious celebration of Christmas through the centuries, Joseph F. Kelly does much more than provide us with interesting facts. He reassures us that though the religious Christmas may not be in its traditional form, it is indeed alive and well, and has a bright and promising future.

Joseph F. Kelly, PhD, is professor of religious studies at John Carroll University in Cleveland, Ohio. He is author of The Origins of Christmas, An Introduction to the New Testament for Catholics, The Collegeville Church History Timeline, The Birth of Jesus According to the Gospels, and The Ecumenical Councils of the Catholic Church, all published by Liturgical Press.

Here is a lovely and informative book that will help you get in the mood for Christmas. Kelly's analysis and reflections . are wise and judicious.
Donald Senior, The Bible Today


Centuries of Christmas celebrations described with humor and snap. Kelly looks at the festivities from consumerist, secular, and Christian points of view. A grand gift for the season.
Frederick W. Norris, Professor of World Christianity, Emeritus, Emmanuel School of Religion, Tennessee


An easy read, this would be a great book not only for the general audience for who Kelly wrote, but also for parish youth groups and even older Catholic school youngsters. It's just fun, fascinating, enjoyable. I also recommend a bit of Christmas customs and development reading during late spring!
Liturgical Ministry