100 Years at the Intersection of Charity and Justice 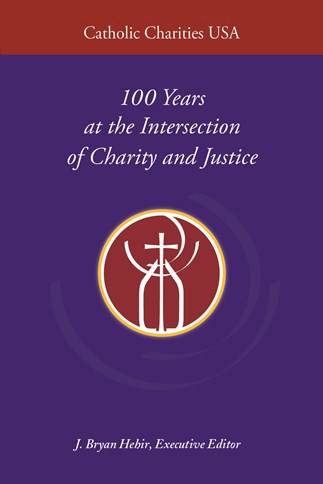 Featuring contributions by renowned Catholic scholars and respected leaders in the Catholic Charities movement, this work delves into the social and demographic realities that gave rise to the National Conference of Catholic Charities in 1910, the role of parishes in the development of diocesan agencies, the professionalization of social work and its impact on Catholic Charities, and the effect of church-state partnerships on the identity of Catholic charitable organizations.

J. Bryan Hehir is the Parker Gilbert Montgomery Professor of the Practice of Religion and Public Life at the Kennedy School of Government at Harvard University. He is also the Secretary for Health and Social Services for the Archdiocese of Boston. Prior to assuming these positions, Father Hehir served as President and CEO of Catholic Charities USA from 2001 to 2003. He taught for several years at Georgetown University's School of Foreign Service and Kennedy Institute in Ethics as well as at the Harvard Divinity School. He also spent nearly twenty years working at the US Conference of Catholic Bishops.

Ever since the Ursuline nuns landed in New Orleans in 1727 and started ministering to blacks and Native Americans in addition to their assigned French charges, Catholics have been aiding all religions, races, and classes on these shores. Now, marking the centennial of the official beginnings of Catholic Charities USA, this collection of essays celebrates the organization as truly Catholic yet uniquely American as it strives to advocate for justice for the millions it serves.
Cokie Roberts
News Analyst, ABC News and National Public Radio
Author of Ladies of Liberty

One part theology and one part history with a strong sprinkling of real world application, these are the elements of the Catholic Charities USA story during the past 100 years.
New Catholic Books & Media

The essays are highly readable and should be of great interest to anyone who studies social welfare, faith-based charity, non-profit administration, Catholic theology and history, and American religious culture.
American Catholic Studies