The Story of Monastic Interreligious Dialogue 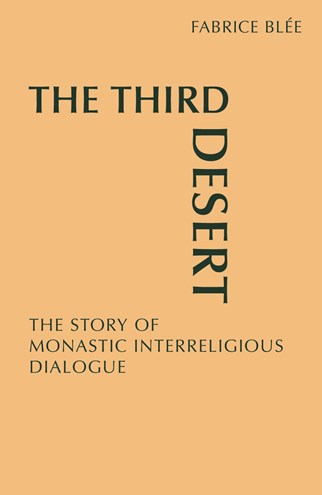 Over the course of its history the Christian monastic tradition has developed a "desert spirituality" of solitude, silence, and self-knowledge that fosters openness to the divine presence and its transformative power. Today the divine presence is manifesting itself anew in the "desert of otherness," that sacred space in which we encounter the other as one whose difference, even of religion and spirituality, can enrich us, rather than as one who must be drawn to and converted to our own "truth." The encounter of Christians with other believers will increasingly become a place of hardship and testing that leads to union with the divine. This "third monastic desert" is, in reality, the nucleus of the Kingdom that is coming into being, where communication becomes communion. Such has been the experience of monastic men and women—Buddhists, Hindus, and Christians—who have engaged in dialogue. Having discovered an unanticipated bond between dialogue and silence, openness to the other and interiority, Christian monks invite the whole Church to join them on this journey into the desert of otherness.

Fabrice Blée was born in Épernay, France. He is a full professor on the faculty of theology of Saint Paul University, Ottawa, where he teaches in the areas of interreligious dialogue and Christian spirituality. He is also the director of a series on Spiritualities in Dialogue (Mediaspaul); a member of the editorial board of Dilatato Corde, the online journal of Monastic Interreligious Dialogue; and an advisor to the board of directors of the North American commission of Monastic Interreligious Dialogue.

With a firm conviction that today being religious must be being interreligious, Fabrice Blée offers us a rich account of how monastic interreligious dialogue has made an indispensable contribution not only to Christian renewal but also to world peace through the sharing of religious experiences. The 'third desert,' of which Blée speaks so eloquently and masterfully, is the space of silence in which one listens to the other to discern both similarities and differences. It is the 'désert de l'altérité'-to quote the original title of the book-that is becoming the dwelling-place of Christianity in its third millennium. The English translation has faithfully rendered the clarity and elegance of the French original.
Dr. Peter C. Phan, The Ignacio Ellacuría Chair of Catholic Social Thought, Theology Department, Georgetown University, Washington, D.C.

Here we have the first ever slow-motion replay of the humble ongoing movement of Christian monks, who-through their relentless struggle (never given up despite many setbacks) to establish and perpetuate an incessant conversation with their non-Christian counterparts in an atmosphere that alternates speech with silence-had proved to the post-Vatican II church that the new world that it dreamt of as our common future can begin to become a reality only when religious persons who have given up the world in order to take up its cause accept themselves as partners in a common mission rather than rivals in a conversion race. This is a facet of contemporary church history little known and scarcely mentioned.
Aloysius Pieris, SJ
Tulana Research Centre
Gonawala-Kelaniya, Sri Lanka