Butler's Lives of the Saints 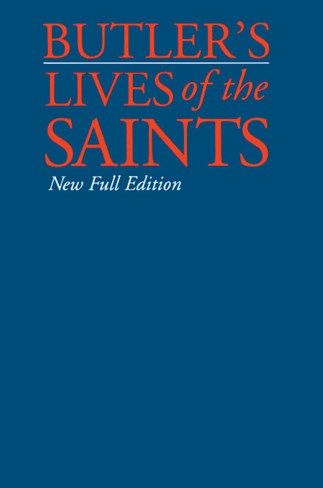 One of the most well-known and relied-upon reference works of all time has been updated and revised! The twelve volumes of the revised Butler's Lives of the Saints correspond to the months of the year; each volume contains entries on saints with feast days in that month. The final volume, December, includes an index to the series as well as a supplement of recent beatifications and an ecumenical calendar.

The thirteenth volume of this set, The Supplement of New Saints and Blesseds, covers canonizations and beatifications enacted from late 1999 to the end of 2003 in chronological order. Blesseds appearing in previous volumes who have since been canonized have had their information updated and expanded.

How to live a Christian life of faith is a question every generation has sought to answer. Invariably, they have turned to the lives of the saints. They offer inspiration, hope, and a clear challenge to us all.

First published more than 200 years ago, Butler's Lives of the Saints' original purpose remains the basic inspiration for this revision: ". . . In the lives of the saints we see the most perfect maxims of the Gospel reduced to practice." The saints reveal the life of Christ: in venerating them, we venerate him.

Butler's Lives of the Saints includes information on a variety of men and women who lived the gospel-from the first to the twentieth century-from such diverse areas as Western and Eastern Europe, and the Near East. Readers will find information on such well-known saints as Ignatius of Antioch and Catherine of Siena, as well as lesser-known saints such as St. Bertilia of Mareuil, and St. Aldric.

Two major changes mark this revision: First, it has been updated in accordance with the revised Roman Martyrology of the Congregation for Divine Worship in Rome. Second, maximum space has been allotted to authenticated achievements and contributions of the saints, omitting information of doubtful origin.

Parishes, schools, and libraries will find Butler's Lives of the Saints an invaluable reference work. Families and individuals will find it serves as a source of devotions and adds to their spirituality and prayer life. Confirmation candidates will be inspired as they choose saints after whom to pattern their lives. Beautifully and solidly bound, this edition will have a long and useful life.