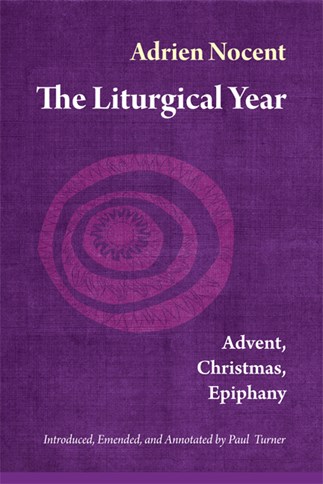 Now this extraordinary work of applied, postconciliar liturgical scholarship has been emended and annotated by one of today's leading liturgical scholars. Paul Turner has provided many helpful explanatory notes on history, culture, language, and, of course, liturgy. He has also updated the liturgical texts to conform to The Roman Missal, Third Edition. The result is a resource that promises to enrich and inspire a new generation of presiders, preachers, liturgy planners, and students.

Volume 1 covers the liturgical seasons of Advent, Christmas, and Epiphany.

Adrien Nocent was truly a remarkable scholar well ahead of his time! First published in English in 1977, we cannot today but be astonished at the depth of theological and pastoral insight on the Lectionary and liturgies in this first of his multivolume work on the liturgical year. He weaves the paschal mystery, eschatology, and living liturgy daily into a core tool for interpreting Advent, Christmas, and Epiphany in a fresh way. In this reissue, Fr. Paul Turner sensitively respects Nocent's own voice as he bridges the time after the Council to the present age: he emends the text to render it in horizontal inclusive language, redresses some theological and historical issues, and includes the latest translation of the liturgical text. This work needs to be on every priest's, liturgist's, musician's, and assembly member's "go to" shelf.
Joyce Ann Zimmerman, CPPS, Institute for Liturgical Ministry

This new edition of Adrien Nocent's The Liturgical Year dappers up an old friend! The passing of time and the introduction of the new translation of the Roman Missal had made the original edition of Nocent's work more difficult to use. Now Paul Turner has done us a favor with this thorough revision: he has replaced prayer texts with the new translation, explained the context of some issues that have faded in the almost forty years since Nocent wrote the book, and emended Matthew J. O'Connell's fine translation to make it more accessible to readers today. The virtues of Nocent's original work (namely, his opening up of the reformed liturgical year through the lens of the lectionary and prayer texts of the Missal in the light of the history of the liturgy) can again serve preachers, liturgists, and lovers of the liturgy because of Turner's fine work. It promises to be a key resource for another forty years.
Rev. Michael Witczak Associate Professor of Liturgical Studies Catholic University of America