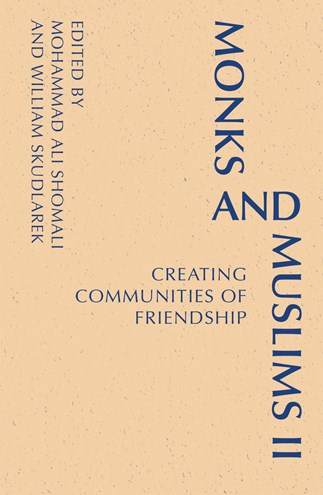 If Christians and Muslims are to live in peace, encouraging one another to grow in holiness and working together for the good of all God's creation, they must move beyond politicized and often negative images of one another. Monastic/Muslim dialogue issuing from friendship and focused on revelation, prayer, and witness is an important component in this effort. Indeed, it is essential.

A conference jointly sponsored by the International Institute for Islamic Studies and Monastic Interreligious Dialogue brought together Iranian Shi'a Muslims and Christian monastics to Qum, Iran. Their first gathering was held a year previous in Rome, Italy and focused on spiritual topics like meditation and prayer. The second meeting in Qum was an occasion to deepen the bonds of friendship that had already been established. The conference theme centered on friendship and the dialogue explored the scriptural, theological, spiritual, philosophical, and practical bases for friendship between monks and Muslims. This follow-up book invites readers to listen in and learn from their conversation and witness.

Mohammad Ali Shomali is the author of several books, including Ethical Relativism: An Analysis of the Foundations of Morality, Discovering Shi'a Islam, and Shi'a Islam: Origins, Faith & Practices. He is also coeditor of Catholics & Shi'a in Dialogue: Studies in Theology & Spirituality, Catholic-Shi'a Engagement: Reason & Faith in Theory and Practice, and A Catholic-Shi'a Dialogue: Ethics in Today's Society.

William Skudlarek, OSB, is a monk of Saint John's Abbey in Collegeville, Minnesota, and Secretary General of Monastic Interreligious Dialogue. His books include The Attentive Voice: Reflections on the Meaning and Practice of Interreligious Dialogue (ed.) and Demythologizing Celibacy: Practical Wisdom from Christian and Buddhist Monasticism.