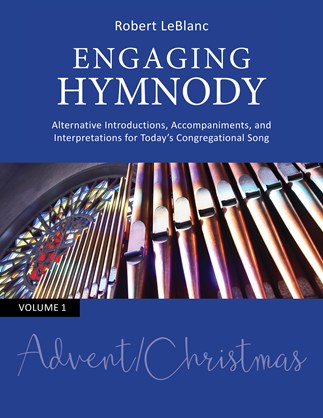 Engaging Hymnody introduces a new and fresh approach to Liturgical Press' collection of music publications! Enjoy the well-designed textures, counterpoint, and harmonic imagination of Robert LeBlanc in this new collection of contemporary hymn settings for organ. The hymns included in these two volumes represent a fine catalog of the most beloved and well-known hymns of the season. Organists and congregations alike will enjoy and look forward to these fresh arrangements for many seasons to come.

ANTIOCH ("Joy to the World")

CAROL ("It Came upon the Midnight Clear")

GLORIA ("Angels We Have Heard on High")