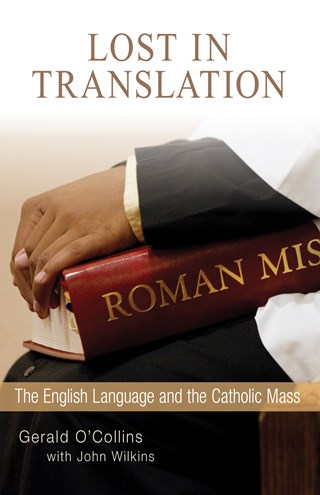 "This is a well-reasoned, concise argument for a truly vernacular translation of the Roman Missal. The argument is based on principles as old as those proposed by St. Jerome and on recent ecclesiastical history from the Second Vatican Council to the most recent translation of the Roman Missal into English."
Catholic Press Association award, second place

"The book is a vital contribution to the exploration of an incredibly vexed set of issues. It opens the way for a thorough examination of the effects of the controversy on the ecclesia itself."
Australasian Catholic Record

"A critical appraisal of the latest English language translation of the Roman Missal."
Ecclesia Orans

"Lost in Translation needs to be read by liturgical scholars and students alike, as well as by any and all who work with or are responsible for the public prayer of the church."
Horizons

"Certainly this text should be found in a seminary's library as well as on the bookshelf of anyone who teaches liturgy. John Wilkins provides an excellent summary of the politics behind that treatment in the first chapter. Gerald O'Collins does the rest."
Catholic Book Review

"This book should be required reading for bishops and for any serious student of the liturgy. We owe a great debt to both O'Collins and Wilkins for setting the record straight—and for holding out the possibility that one day, by returning to the 1998 translation, we might pray in English."
Worship