A New Dimension of the Christian Faith 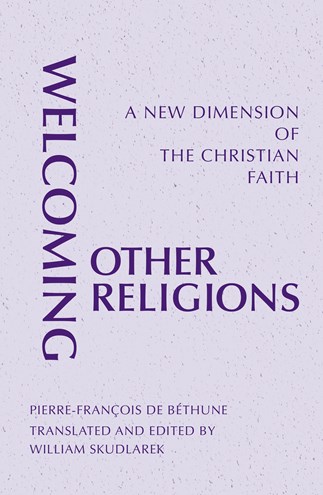 The Benedictine monk Pierre-François de Béthune has dedicated his life to following the lead of the great pioneers of interreligious dialogue at the level of spiritual experience. Having practiced zazen and "Way of tea" assiduously for decades, he now leads readers along the path of spiritual hospitality, describing how welcoming other religions transformed him and brought him to rediscover the Gospel. In this volume, he evokes the spiritual journeys of some of the pioneers of interreligious dialogue, among them, Thomas Merton, Henri Le Saux, Raimon Panikkar, and Christian de Chergé and the monks of Tibhirine. In doing so, he proposes that their commitment to dialogue, hospitality, and welcoming the other corresponds to what the Gospel requires of the followers of Jesus.

"Only a person who has been engaged in interreligious dialogue for so many years and at the deepest level of spirituality as Pierre-François de Béthune can write this kind of book. It is not only full of theological insights and historical information, especially on the past giants and pioneers of interfaith dialogue, but also suffused with profound wisdom, especially on interreligious prayer. I cannot recommend this book enthusiastically enough, for those who are beginning to undertake the journey of being religious interreligiously as well as for seasoned practitioners of interreligious hospitality."
Peter C. Phan, Ellacuría Chair of Catholic Social Thought, Georgetown University

"The author's experience in daringly crossing the theological and ecclesiastical boarders of his own faith in order to enter into the inner sanctuary of another religion—without intruding impolitely but allowing himself to be welcomed as a humble learner—is an art that the Son of God taught us when he took our flesh in silence and mystery. This Son later received God's visible and audible confirmation of his ministry when he humbled himself before John, the most revered Asian Guru of the time, and became his disciple. This is an aspect of Jesus' life that is seldom witnessed to. Fr. Béthune—whose writings I have always read with spiritual profit, and whose experience as described here is an encouragement to those of us Asians who yearn to be or have already been baptized in the Jordan of Asian religiousness—offers us a valuable theological catechesis on the discipline of dying into and rising from the faith of our neighbors."
Aloysius Pieris, SJ, Tulana Research Centre, Sri Lanka