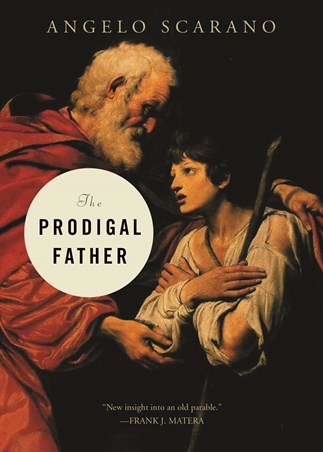 Luke's gospel contains a number of passages about compassion. One of the most beloved of these is commonly known as the parable of the Prodigal Son. In The Prodigal Father, Angelo Scarano focuses on the distinctive role of the father in the parable, the example he provides of being transformed by a compassionate heart, and the joy in celebrating the return of what was loved and thought to be lost.

Scarano suggests that this remarkable parable has two climaxes—the banquet for the younger son, and the conversation between the father and the elder son—and that it is in this second climax where the real intention of the evangelist is revealed. Scarano urges readers to accept God's "compassionate heart," to allow God's Spirit to transform us and enable us to live like the prodigal father, opening our hearts to the weak and the strong, the broken and the bitter.

Scarano's insightful work will be welcomed by preachers, teachers, and anyone engaged in prayer with or reflection upon the gospels.

Angelo Scarano, SSL, ThD, studied at the Catholic Theological Faculty of Charles University in Prague and the Pontifical Biblical Institute in Rome. In 2003 he was ordained a priest, and currently teaches New Testament biblical theology in Prague. His current publications include How to Read the Bible in One Year and The Way of the Cross with the Apostle Paul.

Although you may think you already understand the Parable of the Prodigal Son, Angelo Scarano's volume, The Prodigal Father, will provide you with new insight to an old parable. This engaging volume is a skillful blend of exegetical, patristic, and spiritual insights that makes it the right resource for discussion groups, spiritual reading, and retreat meditation.
Frank J. Matera, Professor Emeritus, The Catholic University of America