Christian Initiation and Baptism in the Holy Spirit 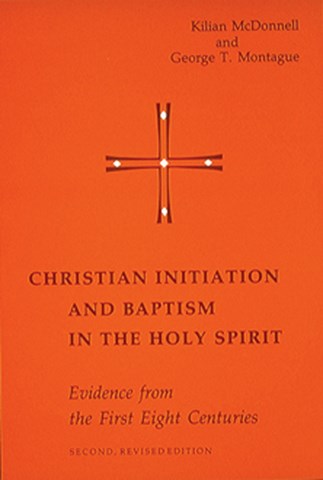 Now new evidence has been found in early post-biblical authors (Tertullian, Hilary of Poitiers, Cyril of Jerusalem, John Chrysostom, Philoxenus, and the Syrians) which demonstrates that what is called baptism in the Holy Spirit was integral to Christian initiation (baptism, confirmation, Eucharist). Because it was part of initiation into the Church, it was not a matter of private piety, but of public worship. Therefore it was and remains normative.

This is an intriguing ground-breaking study of value to RCIA teams, pastors, theology teachers and students, and Church offices.

George Montague, S.M., professor of theology at St. Mary's University, San Antonio, is the author of scriptural books, including The Holy Spirit: Growth of a Biblical Tradition. He is past-president of the Catholic Biblical Association of America, a former editor of the Catholic Biblical Quarterly, and a consultant of the National Service Committee for the Charismatic Renewal.

. . . it may well be the most important work of research to come from the Catholic renewal since the beginnings in 1967.
New Covenant

One of the most important books concerning the Pentecostal experience. . . . It should be read by every leader in the renewal and by serious Bible students. . . .
Charisma