The College Student's Introduction to Christology 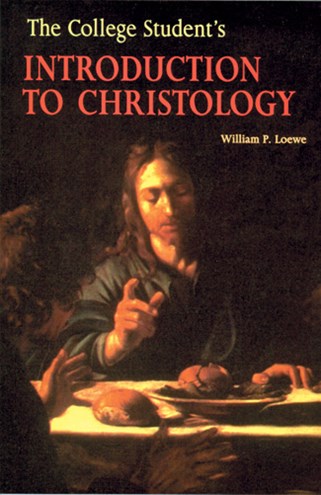 Why did some people want Jesus dead, while others came to honor him as the Christ? What does it mean to say that "he was raised," and how did this belief get started? What about the classical expressions of Jesus' religious significance? Where did they come from and what do they mean? What does belief in Jesus have to do with justice for the poor, the women's movement, concern for the environment, and respect for other world religions? These are just a few of the questions that have given Christology a whole new shape in recent years. Through the process of inquiry, conversation, and debate, students, clergy, and other professional ministers receive a complete introduction into the current thinking about Jesus' religious significance the present stage of Christology.

In The College Student's Introduction to Christology, Loewe focuses on Christology today, especially the religious significance of Jesus for culture and society. By surveying Jesus' life in light of the Easter experience and by tracing the Christological process the process whereby Christians seek to capture and communicate in words Jesus' salvific impact this work grasps current Christian, and especially Catholic, theological reflection on the significance of Jesus.

Loewe focuses on becoming familiar with issues regarding how people discuss Jesus today; grasping the historical and cultural background from which these issues emerged; and developing an understanding of the methods for resolving them.

Part One deals with the question of the historical Jesus, Part Two examines the origin and meaning of Christian belief in Jesus' resurrection, and Part Three uncovers the Christological process as it unfolds through the New Testament, classical patristic dogma, and today.

The ways in which Christians have sought to express Jesus' religious significance offer insight for what those exThe College Student's Introduction to Christology offers individuals a method for encountering Christ in the world.

William P. Loewe, Ph.D., is associate professor and former chair of the Department of Religion and Religious Education at The Catholic University of America. His teaching and writing focus on Christology, soteriology, and Lonergan studies.

Professor Loewe has done undergraduate students and teachers a service. Well familiar with the outlook and questions of college people, he meets them where they are in exploring with them the mystery of Jesus Christ. The task is not easy but he does it well.
Gerard Sloyan, Professor Emeritus of Religion, Temple University

The well-integrated chapters present an up-to-date and accessible introduction to both Christology and modern New Testament studies. Loewe clearly addresses the contemporary relevance of the issues raised at Nicaea and Chalcedon. His Lonerganian soteriology addresses the contemporary concerns of a collegiate audience. He capitalizes on his years of experience in the classroom to provide the necessary background for undergraduate readers to appreciate the complexities of the patristic concerns and modern scholarship.
Maureen A. Tilley, Florida State University

The clarity of explanation that Loewe achieves is laudable. An excellent book for the undergraduate classroom.
Religious Studies Review