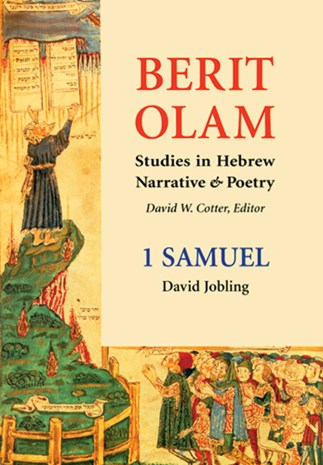 1 Samuel is a national autobiography of the Hebrew people. David Jobling reads 1 Samuel as a story that is complete in itself, although it is part of a much larger narrative. He examines it as a historical document in a double sense: (1) as a document originating from ancient Israel and (2) as a telling of the past. Organizing the text through the three interlocking themes of class, race, and gender, Jobling asks how this historical—and canonical—story relates to a modern world in which these themes continue to be of crucial importance.

While drawing on the resources of biblical "narratology," Jobling deviates from mainstream methodology. He adopts a "critical narratology" informed by such cultural practices as feminism and psychoanalysis. He follows a structuralist tradition which finds meaning more in the text's large-scale mythic patterns than in close reading of particular passages, and seeks methods specific to 1 Samuel rather than ones applicable to biblical narrative in general.

David Jobling, PhD, is a professor of Old Testament language and literature at St. Andrews College in Saskatoon. He is a co-chair of the Ideological Criticism section of the Society of Biblical Literature and a member of The Bible and Culture Collective.

Jobling demonstrates deep respect for the complexities of the text, for varied canonical contexts, and for his students and readers. His readings of 1 Samuel are accordingly unconventional, and masterly, and of integrity. They whet the appetite for more.
Journal for the Study of the Old Testament

. . . will be valued for the strength with which it dialogues intelligently with the culture of today, ingeniously suggesting ways in which a biblical text from a world so long ago can be made relevant for today. Just as interesting is his reading of 1 Samuel itself, finding there interesting things to say about three principal themes: classism (a political view), gender (the feminist view) and ethnicity (the problem of self-identity, diversity and 'the other.'). . . . This brief description of the book's contents does not come near to capturing its richness, but is intended merely to suggest how the author takes on the task of breaking out of the rigid confines of the so-called historical-critical method.
Gregorianum

There are three things to celebrate here: the emergence of the second volume in this promising series, growth in the commentary genre, and Jobling's careful reconsideration of three decades of work on 1 Samuel.
The Catholic Biblical Quarterly

Many of Jobling's hypotheses are unlikely to change very many minds outside his interpretive community, but even struggling with them can prove a fascinating experience.
Review Society of Biblical Literature

. . . a very valuable contribution with many well thought out and fascinating insights on 1 Samuel itself and on its canonical formation as an interpretative process. Perhaps most significantly, Jobling achieves much in advancing methodological pluralism as not only viable but necessary in biblical studies.
Journal of Biblical Literature