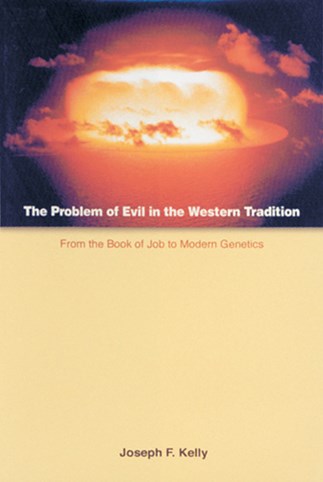 The Problem of Evil in the Western Tradition

From the Book of Job to Modern Genetics
Joseph F. Kelly

The question of evil presents a profound challenge to humanitywhy do we do what we know to be wrong? This is especially a challenge to religious believers. Why doesn't an all-good and omnipotent God step in and put an end to evil? The Problem of Evil in the Western Tradition examines how Western thinkers have dealt with the problem of evil, starting in ancient Israel and tracing the question through post-biblical Judaism, Early Christianity (especially in Africa), the Middle Ages, the Renaissance, the Reformation, the Enlightenment, and to the twenty-first century when science has raised new and important issues.

Joseph F. Kelly, Ph.D., is professor of religious studies at John Carroll University in Cleveland, Ohio. He is the author of The World of the Early Christians, published by The Liturgical Press.

It is cogent, up-to-date, and very clearly written. I learned a great deal from it throughout. . . . It's a very important, excellent and really needed book.
Jeffrey B. Russell, University of California


Covering a wide array of authors as diverse as Thomas Aquinas, the Marquis de Sade, and Flannery O'Connor, Dr. Kelly offers a comprehensive overview of how the problem of evil has been addressed in Western literature from earliest times to today. Remarkably lucid in style considering the complexity of the subject matter, it is accessible to scholarly and non-academic audiences alike and will prove useful in a variety of educational and pastoral contexts. Having read the book in the immediate aftermath of the recent attacks in New York and Washington, I cannot think of a more timely aid for thoughtful persons struggling to make sense of these horrendous events.
Kelley Spoerl, St. Anselm College


Joseph Kelly's description and analysis of 'Evil' offers the reader a challenging and provocative journey through the corridors of the 'Western Tradition,' be it religion, literature, art, economics, politics, philosophy, or science. With an always interesting, lucid narrative, Kelly offers a critique securely anchored in an historical context. This book is a truly exciting instrument of learning for the classroom, the seminar, discussion groups whereverto the barricades!
Harry Rosenberg, Colorado State University


. . . provides a fast-moving and sweeping survey of the myriad approaches to the mystery of evil in the Western tradition. The book is a timely, worthwhile contribution. . . . What is unique to Kelly's work is his wide-ranging inclusion of literary classics that have evil as their theme: Dante, Marlowe, Milton, Pope, Goethe, M. Shelley, Dostoyevsky, and others.
America


. . . provides a good run around the bases': a view of the problem of evil in a range of Western religious and quasireligious literature, including Blake and Milton, concluding with a prospectus on how our perspective of sin is likely to change in the face of the altered and multicultural world in which we live.
Library Journal


The breadth will be attractive to a general student audience. I think they will be able to engage the material nicely.
Donald Musser, Sam R. Marks Professor, Religious Studies Department, Stetson University, DeLand, Florida


Joseph Kelly presents an interesting study about humanity's understanding of evil from the books of Job and Revelation, through key Christian thinkers, to present scientific researchers. . . . Teachers will find it quite useful as a textbook.
Theological Studies


It has always puzzled me that so many accounts of 'the good' have been written about and discussed in academic circles for 'lo these many years, while the contents of most informal conversations are about evil'the bad' if you willin its many forms. Finally, a treatise on evil. What a good read about such a dark subject! And not only a good read but a trenchant intelligence at work on the best material that could be gathered on the subject.
John C. Haughey, S.J., Loyola University of Chicago