Deideological Dimensions in the Theology of James H. Cone 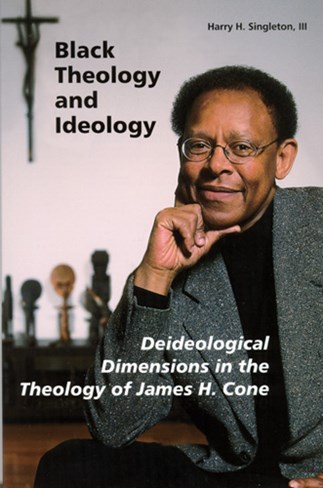 Combining the theological methods of Juan Luis Segundo and James H. Cone, Harry Singleton sheds new light on the impact of race on the origin and development of theology in America.

In Black Theology and Ideology Singleton appropriates Segundo's method of deideologization to argue that relevant theological reflection must expose religio-political ideologies that justify human oppression in the name of God as a distortion of the gospel and counter them with new theological presuppositions rooted in liberation. Singleton then contextualizes Segundo's method by offering the theology of James Cone as the most viable example of such a theological perspective in America.

The text is well written and its content clearly presented . . . an excellent resource for upper level and graduate students of theology.
Theological Studies

With clarity, consistency, and cogency, Harry H. Singleton, III, shows us, woos us, and convinces us about the interested natures of theologies. He draws on his deep intellectual engagement with black theology, European theology, religious method, and the interconnections among theology, ideology, and religio-political issues. At the end of the day, we discover what matters is our taking seriously our own relations to the less privileged and our own roles in facilitating their enhancement. Those involved in theology, religious practices, or a spirituality of liberation and healing would do well to treasure this book.
Dwight N. Hopkins, Author, Heart and Head: Black Theology Past, Present, and Future

As theological discourse speaks into the twenty-first century, Black Theology and Ideology inspires yet another generation of theologians and religious scholars. Harry Singleton's re-presentation of liberationist hermeneutics demonstrates that compelling interpretative strategies do not fade away with the passage of time. Instead, they remain thought-provoking and relevant. Moreover, through his own interpretation of African American religious history and critique of white supremacy, he is discovering his unique place among those of us who bear witness along with our ancestors that the 'God of the oppressed' is 'a way out of no way.'
Will Coleman, CEO/President, BT Forum, Inc., Co-Director, Black Kabbalah Institute, Inc.