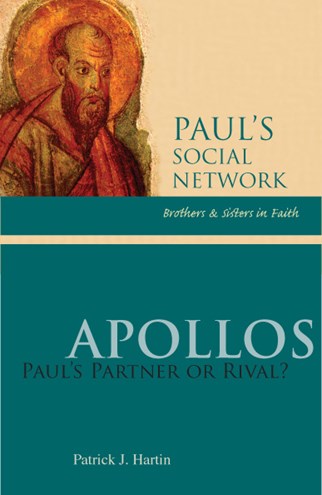 Human beings are embedded in a set of social relations. A social network is one way of conceiving that set of relations in terms of a number of persons connected to one another by varying degrees of relatedness. In the early Jesus-group documents featuring Paul and coworkers, it takes little effort to envision the apostle’s collection of friends and friends of friends that is the Pauline network. The persons who constituted that network are the focus of this set of brief books. For Christians of the Western tradition, these persons are significant ancestors in faith. While each of them is worth knowing by themselves, it is largely because of their standing within that web of social relations woven about and around Paul that they are of lasting interest. Through this series we hope to come to know those persons in ways befitting their first-century Mediterranean culture.

Apollos is an enigmatic character whose name appears in only three New Testament writings. Through a social-scientific approach, this study pays attention to four main aspects relative to Apollos: his collectivistic nature as a person of the first-century Mediterranean; his relationship to Corinth and its emerging conflicts; his roots in the city of Alexandria and its contributions to his personality and identity; and, finally, his relationship to Paul and his social network. By gaining insights into a world and culture different from their own, readers will gain a deepened understanding of an important and highly educated member of Paul’s social network. The person of Apollos and the entire New Testament will be seen through new lenses and will open readers to new cultural experiences from which they will emerge fuller people.

Patrick J. Hartin was born and raised in Johannesburg, South Africa. He studied at the Gregorian University in Rome and is an ordained priest of the Diocese of Spokane, Washington. He holds two doctorates in Theology: in Ethics and in the New Testament, both from the University of South Africa. Presently he teaches courses in the New Testament and in Classical Civilizations at Gonzaga University. He is the author of eleven books, including: James of Jerusalem (Interfaces series), James, First Peter, Jude, Second Peter (New Collegeville Bible Commentary series), and James (Sacra Pagina series), all published by Liturgical Press.

By gaining insights into a world and culture different from their own, readers will gain a deepened understanding of an important and highly educated member of Paul's social network. The person of Apollos and the entire New Testament will be seen through new lenses and will open readers to new cultural experiences from which they will emerge fuller people.
Review of Biblical Literature

Apollos is truly another wonderful addition to Paul's Social Network series, which scholars as well as students and pastors must have. The reader will not only gain a full understanding of the mysterious Apollos but also gain amazing historical and cultural insights of the first-century Mediterranean to interpret other New Testament texts.
Catholic Library World