The Apostle Paul and the Pauline Tradition 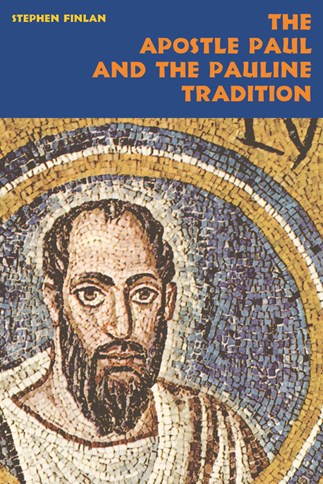 Much of the popular understanding of the apostle Paul has been shaped, not by Paul's letters themselves, but by the Acts of the Apostles. This understanding, many believe, leads to misunderstanding Paul’s theology. In The Apostle Paul and the Pauline Tradition Stephen Finlan takes a new approach, focusing on the letters themselves. He views the Pauline tradition as including the teachings and writings of Paul himself, the assimilation and often simplification of Paul’s ideas by those who followed him and then wrote letters in his name, and the final form of the letters the church has labeled as Paul’s. Through this broad, shifting, and expanding notion of tradition, readers will explore with Finlan such questions as:

' What did Paul really think’and write’about Jesus, redemption, and the Christian life?
' Who were the original audiences that first received these texts?
' How and how much did Paul’s followers change his ideas in the letters they wrote "for" him?


Finlan is convinced that this educated questioning and investigating becomes a valid part of the life of faith’not replacing faith, but joined to it. Through his accessibly written text, readers in the end will understand and agree.

Stephen Finlan, PhD, is an adjunct professor at Drew University and has taught at Fordham. He is also author of Problems with Atonement and Options on Atonement in Christian Thought (both published by Liturgical Press) as well as The Background and Content of Paul's Cultic Atonement Metaphors (SBL and Brill, 2004).

Stephen Finlan has written the best popular introduction that I have read on the Pauline portion of the NT and its subsequent patristic development. It is comprehensive yet readily accessible in providing a critical summary of recent research. . . . This is a book that deserves wide readership.
The Catholic Biblical Quarterly

It is refreshing to have an introduction that deals more with the letters' content than with the usual introductory issues such as authorship or provenance.
Religious Studies Review

Stephen Finlan offers in this volume a very useful introduction to the Pauline Epistles and to the tradition that has emerged from them. . . . To be sure, students and teachers can use the volume with profit, just as those educated, nonspecialist readers who wish to be acquainted with Pauline scholarship. Moreover, the last pages, which show the many different ways in which Paul can be read and used in twenty-first-century scholarship, theology, and religious/ecclesiastical practice, can encourage scholars to consider the implications of an uncritical reading of the Pauline tradition.
Review of Biblical Literature

Another of the solid introductions to Paul's letters appearing this `Year of Paul,' this work focuses on the letters attributed to Paul rather than on the traditions in the Acts of the Apostles.
The Bible Today

Stephen Finlan has written an introduction to the Pauline letters that is interested primarily in the text-as such a book should be. At the same time, he pays careful attention to the first-century context, rightly allowing its religious and social realities to inform his reading of the letters without neglecting their theological claims. Finlan's special interest in themes like scapegoating and participation make it a unique contribution. The result is a significant and helpful volume.
Michael J. Gorman, Professor of Sacred Scripture and Dean, The Ecumenical Institute of Theology, St. Mary's Seminary & University, Baltimore, Maryland

Finlan's overall aim in The Apostle Paul and the Pauline Tradition is exciting. The book is quite readable and engaging.
Review and Expositor

This will be an excellent addition to the Pauline student's bookshelf. It is best read with a lectio continua of the Pauline corps. His final words on reading Paul in the twenty-first century and on the perspective of faith for reading Paul are superb. This is to be highly recommended.
The Furrow

Finlan focuses on the themes that arise in Pauline material, rather than offer exegesis on individual verses, thus providing a more holistic and contextual approach to reading each Pauline text.
Biblical Studies and Scripture