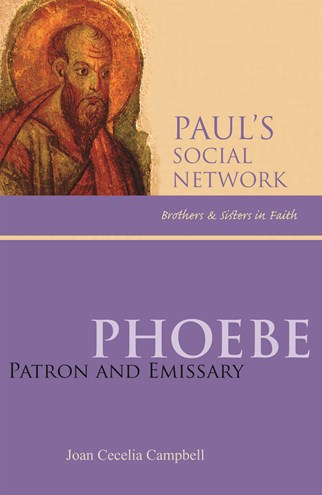 Human beings are embedded in a set of social relations. A social network is one way of conceiving that set of relations in terms of a number of persons connected to one another by varying degrees of relatedness. In the early Jesus group documents featuring Paul and coworkers, it takes little effort to envision the apostle’s collection of friends and friends of friends that is the Pauline network. The persons who constituted that network are the focus of this set of brief books. For Christians of the Western tradition, these persons are significant ancestors in faith. While each of them is worth knowing by themselves, it is largely because of their standing within that web of social relations woven about and around Paul that they are of lasting interest. Through this series we hope to come to know those persons in ways befitting their first-century Mediterranean culture.

Imagine trying to find a window into the life of an individual who lived approximately two thousand years ago in a culture vastly different from our own. Consider the added difficulty when that individual is a woman and the only written record of her consists of two biblical verses (Rom 16:1-2). In this volume Joan C. Campbell takes on the challenge and provides a surprisingly full and rich account of Phoebe of Kenchreai. With Campbell, we visit Phoebe’s hometown, we wander the city streets with her, and we meet her associates. Along the way, we gain insight into the social roles that Paul ascribes to her (sister, "deacon," and patron) and what these roles entailed in first-century Mediterranean Jesus groups. This book is important reading for anyone interested in the contribution of women to emerging Christianity and for contemporary deacons who seek to understand the biblical roots of their ministry.

Joan C. Campbell, CSM, PhD, is a member of the Congregation of Saint Martha of Prince Edward Island, Canada, and assistant professor of New Testament Studies at Atlantic School of Theology in Halifax, Nova Scotia. A major teaching and research interest of hers is the cultural world of first-century Mediterranean Jesus groups and how knowledge of that cultural world can illumine biblical texts that deal with women such as Phoebe. She is the author of Kinship Relations in the Gospel of John.

Masterfully executing traditional and social scientific exegetical analysis of just two biblical verses (Rom 16:1-2), Campbell draws a fresh picture of Phoebe as she has never been understood before except perhaps by her contemporaries. Situating Phoebe solidly within her Middle Eastern cultural context clarifies and enhances this plausibly authentic image of a very important woman among the earliest Jesus-Groups. Campbell's lucid presentation of complex interdisciplinary research and her engaging writing style recommend this book to a wide audience.
John J. Pilch, Georgetown University, Washington, DC

Joan Campbell takes her readers on a fascinating tour of Phoebe's socio-historical world, squeezing rich insights out of a meager biblical account in Romans 16:1-2. In an elegantly written and engaging style, Campbell introduces Phoebe through the geographical setting of the port city of Kenchreai, through the ancient social system of patronage/clientage, through the political role of emissary, and through the familial role of sister. Phoebe, who has been relegated over the centuries to an obscure and insignificant role within the Pauline communities by means of inaccurate and androcentric translations of Rom 16:1-2, is reinstated in this work as Paul's powerful and invaluable partner in the spread of the Gospel to the gentiles.
Lee A. Johnson, Methodist Theological School in Ohio

By privileging a Mediterranean social script and its cultural codes as the most appropriate way to clarify Phoebe's role in the first century Jesus groups, Campbell reminds the reader of the cultural distance separating the first century and the twenty-first century believer.
J. Dorcas Gordon, Knox College, Toronto

Using the lens of a woman who is mentioned only once in the New Testament, Joan Campbell's Phoebe introduces the reader to key aspects of ancient Mediterranean history, geography, and culture, and provides a marvellously clear exposition of such diverse topics as ancient naming conventions, letter delivery, the culture of Corinth and its port, Kenchreai, the use of fictive family language in early Christianity, and the culture of patronage and clientism. A lucid introduction to the culture in which the Jesus movement was born and flourished.
John S. Kloppenborg, Professor and Chair, Department and Centre for the Study of Religion, University of Toronto