Honoring the Gospel of God 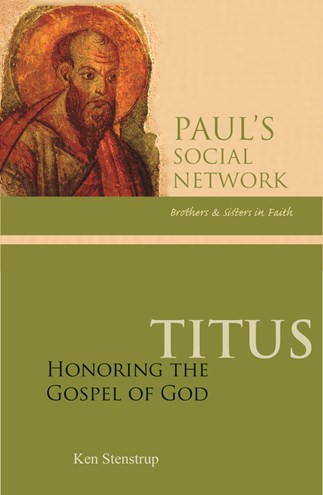 Human beings are embedded in a set of social relations. A social network is one way of conceiving that set of relations in terms of a number of persons connected to one another by varying degrees of relatedness. In the early Jesus group documents featuring Paul and coworkers, it takes little effort to envision the apostle's collection of friends and friends of friends that is the Pauline network. The persons who constituted that network are the focus of this set of books. For Christians of the Western tradition, these persons are significant ancestors in faith. While each of them is worth knowing by themselves, it is largely because of their standing within that web of social relations woven about and around Paul that they are of lasting interest. Through this series we hope to come to know those persons in ways befitting their first-century Mediterranean culture.

Paul's network is a complex collection of people, many of whom receive only the slightest acknowledgment in the New Testament. While Titus receives more than a cursory mention, the writings that include him come from different generations of Jesus followers. In Titus: Honoring the Gospel of God, Ken Stenstrup makes the distinction between these generations of writings and, by employing social-scientific methods, uses Titus to shed light on Paul as a change agent and leader. As one of Paul's coworkers, Titus provided stability and guidance to early Jesus groups. He was welcomed by these groups and reported their hospitality to Paul. Stenstrup emphasizes the collectivistic culture of the first century and explains how this influenced the relationships between Paul, Titus, and the early Jesus groups.

Ken Stenstrup teaches a variety of introductory level Scripture courses at Saint Mary's University of Minnesota. For several years he has been a member of the Social Sciences and New Testament Interpretation task force of the Catholic Biblical Association.

Stenstrup emphasizes Titus's `collectivistic' perspective-giving precedence to the needs of the community over individual concerns-and his role as a figure in the general evolution of early Christianity.
The Bible Today

Michael Woods, SJ's book is a timely story of the holistic vision of the National Catholic Rural Life Conference and liturgical renewal before Vatican II. The agricultural vision was one of sustainability before that word became popular; the liturgical vision was unifying and inclusive, linking sustainability with sacramentality. Here a deepening spirituality is seen in its historical context. Wood's telling of the story of these two linked movements is vital to the contemporary church's self understanding. I heartily recommend it.
Brother David Andrews, CSC, Senior Representative: Food & Water Watch

Michael Woods' exploration of the theological, liturgical and practical relationships between the American liturgical movement and the National Catholic Rural Life Conference is an historical study of these movements and their leadership - and so much more. Cultivating Soil and Soul addresses the sacramental quality of agrarian life, of the soil and the turning of the seasons. In an age when environmental consciousness is strong and when consumers are making deliberate choices about buying food which is locally produced, Woods provides the sacramental underpinnings of those choices and promotes the reestablishment of the liturgy-life-justice connection so obvious to the early reformers.
Kathleen Hughes, RSCJ