The Passion of Jesus in the Gospel of Matthew 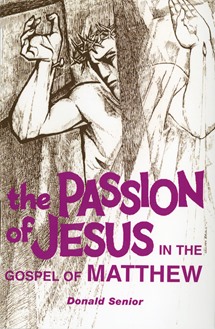 The Word of the cross is a living word, crying out for reinterpretation as life takes new shape and expression. Reinterpreting the Gospel was particularly compelling for Matthew's church because his Christians lived in a time of profound transition. The Passion of Jesus, then, was not simply a story of suffering out of the past but a point of identification for the Christians of Matthew's own time.

For us twentieth-century Christians, who also know the peculiar suffering and hope of living in an age that is both dying and being born, the Passion of Jesus according to Matthew has special meaning.