The Quest for Truth and Meaning 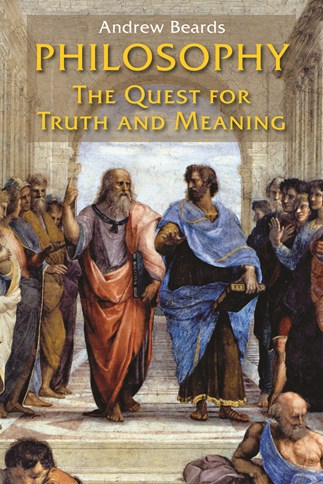 Philosophy begins, Aristotle said, with wonder; it addresses the great questions of life. This process of self-discovery through philosophy leads one to ask questions not only about human existence but also about God. In Philosophy: The Quest for Truth and Meaning, Andrew Beards introduces readers to some key philosophical ideas’the mind’s ability to know truth and reality, metaphysics, ethics, and questioning life's ultimate purpose’in order to guide them in philosophical reflection. By examining the development of philosophy, Beards demonstrates and makes a case for the interplay of faith and reason.

Philosophy: The Quest for Truth and Meaning, can serve as an excellent textbook for those interested in the basic study of philosophy. Drawing inspiration from the writings of Bernard Lonergan, Andrew Beards guides his readers to reflect on the great realities of life and seek answers to the ultimate questions about the reason for their own existence and meaning, by introducing them to some of the key areas of philosophy such as cognitional structure and epistemology, metaphysics, ethics and philosophy of religion. Through its occasional references to the Catholic philosophical tradition, Beards also makes a sincere effort to enhance the dialogue and debate between believers and nonbelievers in society today by appealing to the common ground of our shared humanity: our shared ability to reason.
Robert Pen, SDB, Principal, Divyadaan, Salesian Institute of Philosophy, Don Bosco Marg, Nashik, India

When I read Method in Metaphysics, by Andrew Beards, I was impressed with its clarity of prose and argumentation. Now, after having read Philosophy: The Quest for Truth and Meaning, I have proof that obscurity isn't the sole fate of philosophy. In his latest book, Beards takes us on a philosophical journey that is both illuminating and self-affirming. With deft subtlety, he discusses a breadth of philosophical topics ranging from reflections on the nature of philosophy itself to the existence of God. Importantly, he does this without leaving the reader awash in jargon that only a few can interpret. I highly recommend this book to those whose philosophical journeys are just starting, and especially to those who have been at it for a long time.
Lance Grigg, PhD, University of Lethbridge, Alberta, Canada