The Aramaic Bible Volume 12: The Targum of Jeremiah 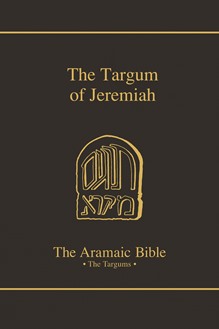 This Targum offers to the reader Jeremiah's words among the Jewish people. Perhaps more than any other prophet, he communicates the majesty and excellence of the God of Israel, presenting the mysterious history, compounded of glory and tragedy, of his Chosen People. Here we have one of the most moving interpretations of one of the great figures of the ancient world.

The longest biblical book in the original Hebrew, Jeremiah became longer still in its translation into Aramaic because the translator(s), in trying to convey the precise meaning, often offered more than one translation of a word or phrase. The sheer length may account for the fact that, until now, it has never been translated into English.