The Aramaic Bible Volume 15: The Targums Job, Proverbs, and Qohelet 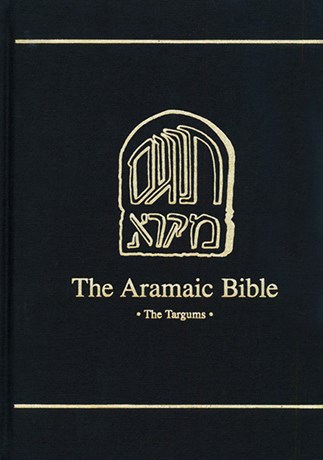 The Targum of Job is regarded as one of the most enigmatic of targums. The translation used is based on the Cambridge University MS Ee. 5.9, widely regarded as the most important of known manuscripts. This manuscript is followed as closely as possible, including the marginal readings and the Variant Targum[s] incorporated in the text.

The primary aim of the Proverbs Targum is to provide an English translation, none having yet been published. A secondary aim is to give an account of the relationship of this targum to the Hebrew text and the other ancient versions, especially the Syriac.

Targum Qohelet is a blend of literal translation and midrashic paraphrase. The purpose is didactic, seeking to convey the meaning which is implicit in the text. Thus Qohelet becomes a vehicle to emphasize the importance of Torah study, repentance, prayer, and charity.