In Pursuit of Love 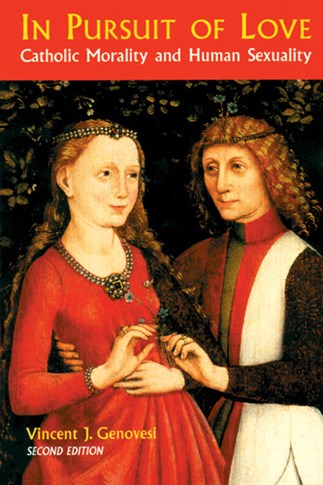 While retaining the basic structure of the original book, this new edition has been thoroughly updated in light of some official Catholic documents and other theological writings dealing with sexual morality that have appeared since 1986. The Catechism of the Catholic Church, Pope John Paul II's encyclicals Veritatis splendor and Evangelium vitae, and the 1986 and 1992 statements of the Congregation for the Doctrine of the Faith on pastoral care of homosexuals and the issue of discrimination against them are among the more recent magisterial publications considered in this text.

This edition also contains several new sections: the misuses of sex (adultery, pornography, prostitution, sexual violence); four rationales for viewing a committed love relationship as the only appropriate context for sexual intercourse; marriage as a sacrament and marital sexuality and love as embodiments of commitment, intimacy, and passion; and public policy and the civil rights of homosexuals. This edition also includes an expanded discussion of topics such as sexism, sexually transmitted diseases especially HIV/AIDS and the moral questions raised by new family-planning methods (Norplant, Depo-Provera), RU-486, postcoital hormonal interventions against pregnancy, the start of human life, and abortion.

Vincent J. Genovesi, SJ, received his PhD in Christian ethics from Emory University. He is a professor at St. Joseph's University in Philadelphia. His articles have appeared in such journals as The Thomist, The Way, America, and Review for Religious.

A welcome addition in the rather barren field.
Dr. Jack Dominian

Rarely can one find in a single volume both a thorough and accurate account of the teaching of the magisterium and a clear and consistent appreciation of the best insights of contemporary Catholic theology . . . Honest and courageous, In Pursuit of Love is destined to be a standard text in its field.
Peter C. Phan

In the way it synthesizes the positions of mainline Catholic moralists, it ranks among the best.
America